The company claims to be the first two wheeler company in India to achieve this feat in 18 years. 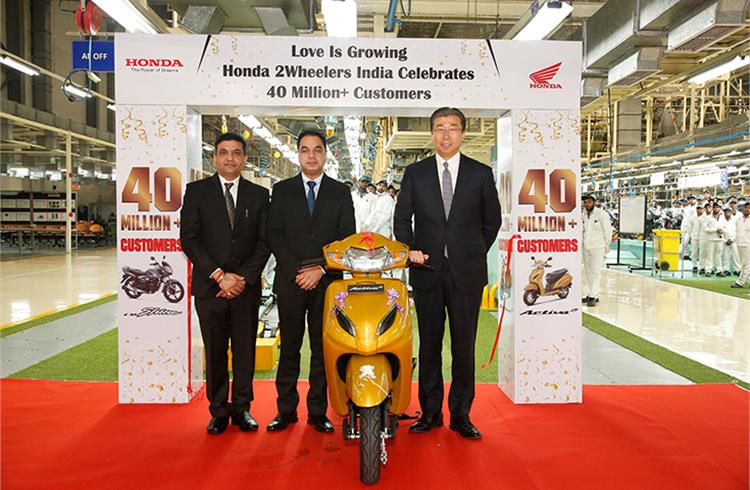 Honda Motorcycle & Scooter India today announced the sale of 40 million (4 crore) cumulative sales. With this, Honda is said to be now the only two-wheeler brand in India to cross the 40 million units’ mark in the shortest time span of just 18 years.

Minoru Kato, president and CEO - Honda Motorcycle & Scooter India said, “We are honoured by the love and trust that 40 million customers have bestowed on brand Honda in such a short time. Since the very start, Honda is led by a challenging spirit bringing Joy to millions of customers with high-quality innovative products.”

·  2011-2018: In 2011, HMSI entered a new era as only Honda in the Indian two-wheeler industry. In these short 7 years, Honda created many new benchmarks in the industry too. From expanding production from 16 lakh units annually at 1 plant to 64 lakh units annually from 4 plants, from its entry into the mass motorcycle segment in 2012 with Dream Yuga to the new Technical Center for faster development of India specific models, from starting the Make In India for big bikes in 2015 with CBR 650F and later Africa Twin to bringing new type of ride for India with NAVI and India’s first utilitarian scooter CLIQ, from Activa overtaking all two-wheelers to become India’s highest selling two-wheeler to CB Shine motorcycle breaching the 70 lakh sales mark.