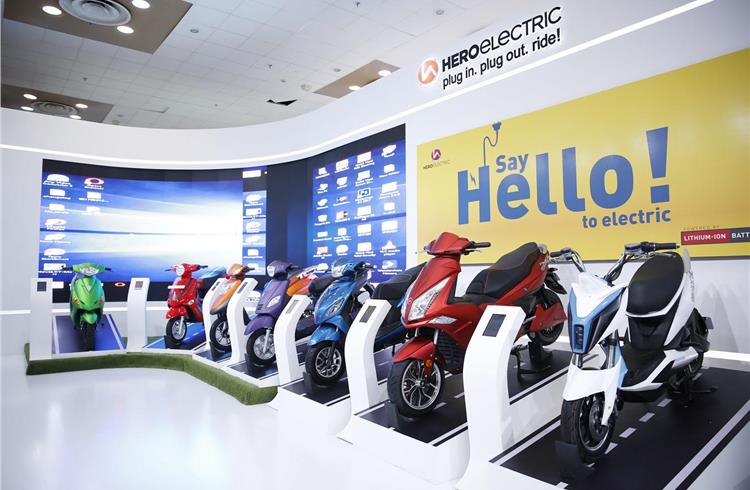 Electric vehicles in India have done anything but set the sales charts on fire. However, Hero Electric, the electric two-wheeler market leader, is banking on a changing scenario for electric vehicles (EV) to help the market gain traction, fast. That's reflected by some aggressive growth projection of the company.

Hero Electric, which sold around 30,000 scooters in 2017-18, hopes to sell 20X more, or almost 600,000 vehicles annually by 2022-23. In terms of revenue, the growth rate would be even more, because as Naveen Munjal, managing director, Hero Electric says, "We would have switched from lead-acid market towards the lithium-ion market, from a low-speed market to a medium or high-speed market, so the price points will go up and so the turnover will increase much better."

By then, Hero Electric expects to be making money too.  Munjal expects his company to be profitable at EBITDA level during this financial year. In its 10 years of existence, Hero Electric has invested over Rs 400 crore. It will reportedly invest another Rs 500 crore on ramping up manufacturing capacity and R&D capabilities.

So, what is fueling Hero Electric's bullish growth projections? "What is happening is with all the noise that we hear around, there are a lot of companies talking about it, they are showcasing products which are high–powered vehicles, among other things. One part of the whole market expansion is awareness. So, as awareness is increasing, people are buying more and more vehicles. We ourselves are seeing the jump," says Munjal.

Eight to 10 new products in the pipeline
Hero Electric saw a 2X growth in sales volume during 2017-18. A 3X jump is targeted during 2018-19 during which the company will launch 8 to 10 new offerings in the market. These include two "high- speed" scooters, variants and electric bicycles. A key launch will be the scooter (codenamed AXLHE-20), which is powered by a 4,000 Watt motor that produces peak power of 6,000 Watts. The e-scooter can reach a top speed of 85 kilometres per hour and has a range of up to 110 kilometres on a single charge. It also features connected technologies. 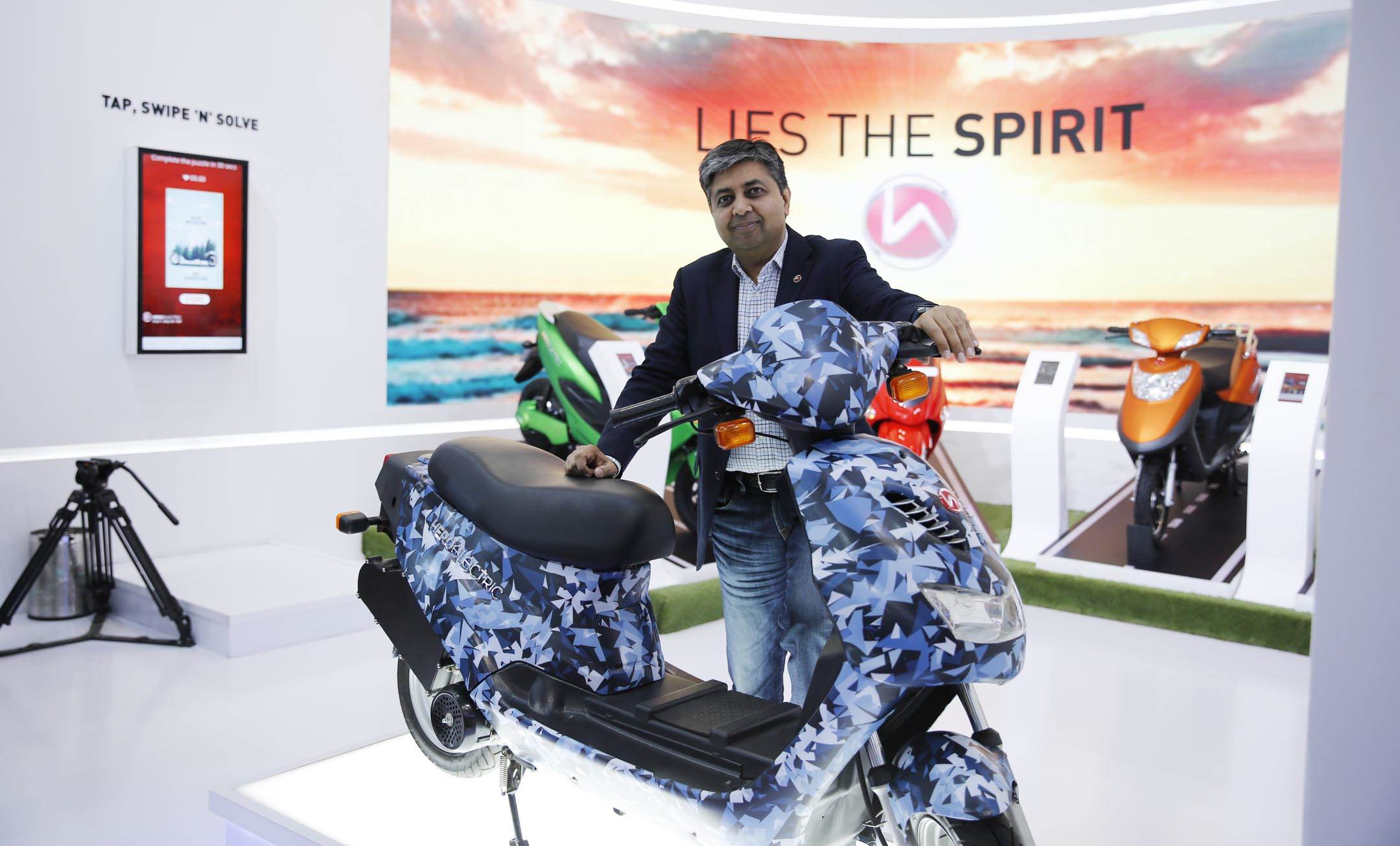 Naveen Munjal with the AXLHE-20 e-scooter at Auto Expo 2018.

While Munjal is bullish about the EV industry's growth prospects, he is also disappointed about the missing links which are affecting the industry's performance. Lack of finance support, inadequate charging infrastructure and consumer awareness are key hurdles.

According to Munjal, only around 2 percent of electric scooters get financed, as compared to 70 percent of conventional two-wheelers. A clear policy is what he is batting for. "One policy, have one strong policy to say that 'this is we have got – 100 percent electrification by 2030, for example. To get there, I’ll earmark so much for charging infrastructure, battery swapping stations, R&D, finance of vehicles and I am going to give so much as a subsidy'.  We are game for it," says a confident Munjal.

And, the company is awaiting policy clarity before it also pushes its "experimental" three-wheeler business.