BMW’s two-wheeler arm rolls out MY2023 model in three variants – Standard, Pro and Pro M Sport; base model at Rs 20.25 lakh undercuts nearly all its litre-class rivals, except the 2023 Kawasaki ZX-10R. 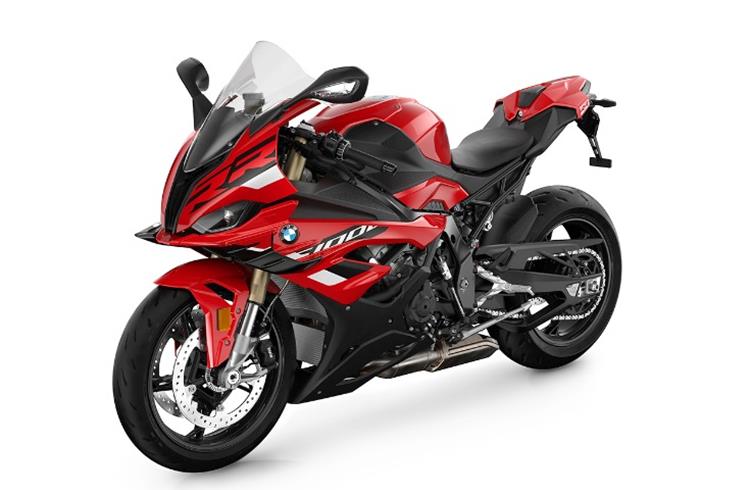 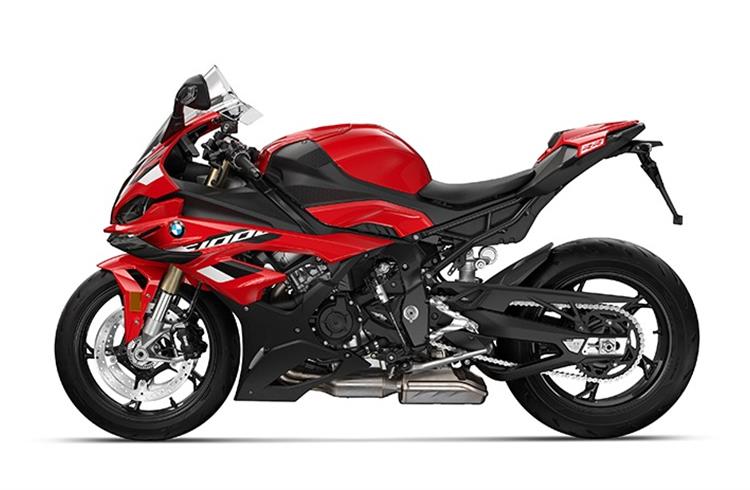 The new feature of Dynamic Traction Control DTC is the Slide Control function which allows the rider to select two pre-set drift angles for the traction control system when accelerating out of bends. 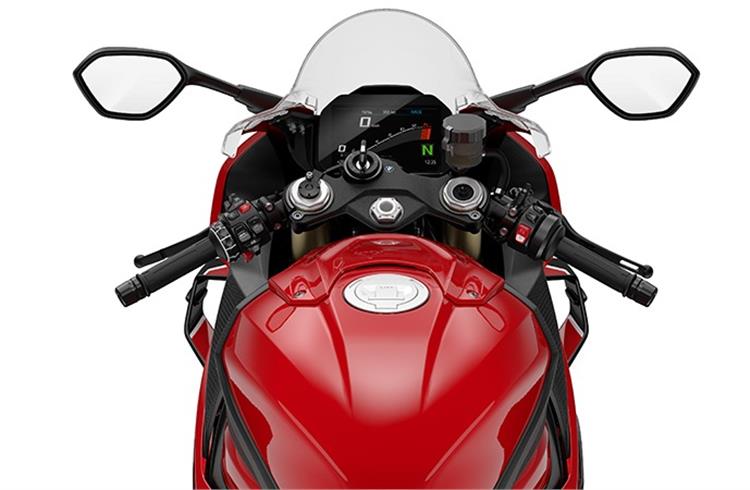 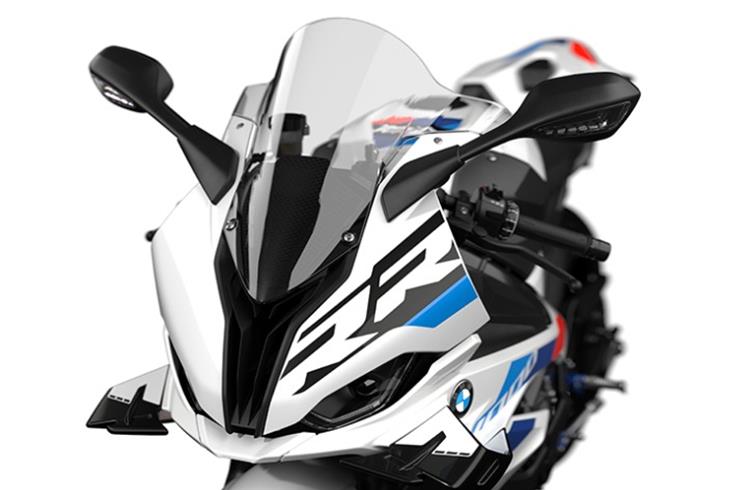 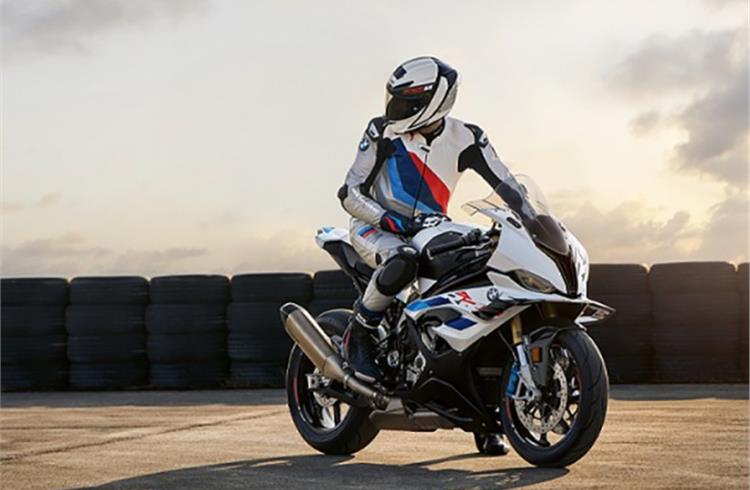 The new chassis geometry is accompanied not only by even better riding precision, but also by increased accuracy and clearer feedback from the front wheel.

BMW Motorrad India has launched the Model Year 2023 S 1000 RR superbike, with prices starting at Rs 20.25 lakh for the Standard variant, Rs 22.15 lakh for the mid-spec Pro variant and Rs 24.45 lakh for the range-topping Pro M Sport. This makes the 2023 model approximately Rs 50,000 more expensive than the outgoing model, variant for variant.

With 3hp more, the latest S 1000 RR’s power output goes up to 210hp at 13,750rpm while torque remains unchanged at 113Nm at 11,000rpm. The chassis has been significantly reworked and is now less stiff compared to the earlier model’s. Further increasing stability is the longer wheelbase, now 1458mm, a more relaxed 23.6-degree rake angle and a lengthened trail, at 99mm.

The electronics package gets some updates, with much more track-focused riding aids. The superbike now features Slide Control, allowing the rear tyre to step out of line before cutting power. The ABS has also been updated with a new Slick mode and a new Dynamic Brake Control (DBC), which ignores accidental inputs from the electronic throttle after detecting a certain level of deceleration.

However, the most noticeable change has happened on the outside, and the 2023 BMW S 1000 RR now features winglets for the first time. The winglets here are visually very similar to the race-replica BMW M 1000 RR but provide 10kg of downforce as compared to the 16 kg of downforce on the M 1000 RR. The tail section too has been revised for a sleeker look and now is more aerodynamic as well.

At a starting price of Rs 20.25 lakh, the 2023 S 1000 RR manages to undercut nearly all its litre-class rivals, except the 2023 Kawasaki ZX-10R, priced at Rs 15.99 lakh. Rivals from Italy include the 2023 Ducati Panigale V4 range and Aprilia's RSV4 1100 range; while they are more powerful than the BMW, they are also significantly more expensive.

Deliveries for the S 1000 RR are scheduled to commence from February 2023.