The company claims that with their technology, vehicle batteries can be swapped in less than a minute. 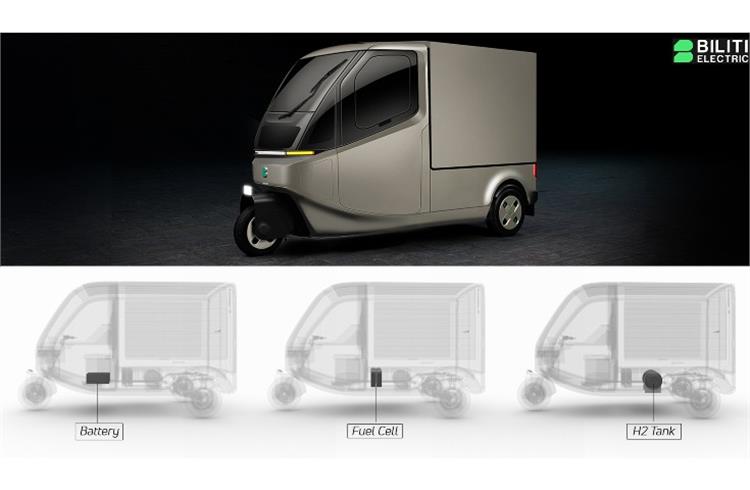 As per Biliti's statement, the FastMileTM can be refueled in less than three minutes and offers a range of 130 miles. The vehicle is claimed to have a gradeability of 20 degree and a payload capacity of 1500 lbs. In most cases, fuel cells today are designed for stationary applications or warehousing, and they are not suitable for on-road and mobile applications. In order to meet automotive standards, Biliti has integrated all fuel cell components and says tests have been conducted in rugged road conditions for more than 6,000 miles.

Rahul Gayam, CEO, BILITI Electric said “This is a major step towards shaping the future of hydrogen energy and fuel cells for global markets. Thankfully, BEVs are not the only solution for decarbonizing transportation. We are transforming the application and commercialization of HFCs by bringing the technology to compact and affordable vehicles as well”.

In the statement, the company claims that with their technology, vehicle batteries can be swapped in less than a minute. Biliti has already received $400 million from Luxembourg-based GEM Global Yield LLC through a Share Subscription Facility. The company has also announced its intention to set up the world’s largest electric three-wheeler manufacturing facility in India.