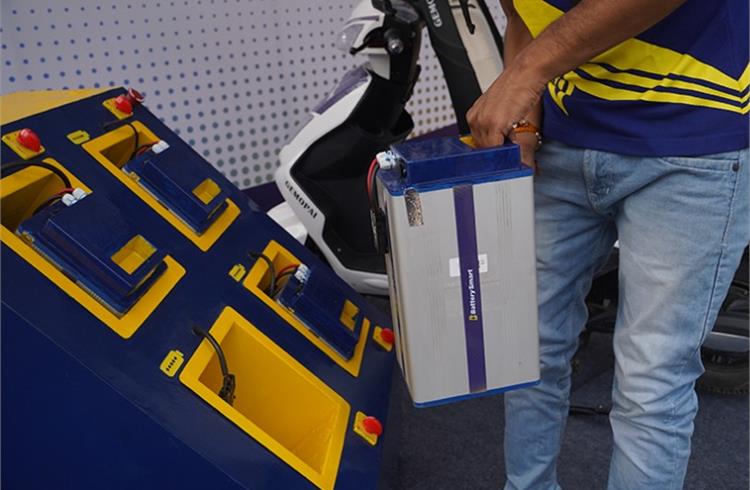 The company works with various battery suppliers such as Livguard to source its 2kWh-capacity lithium-ion battery packs for e-rickshaw and e-2W applications. 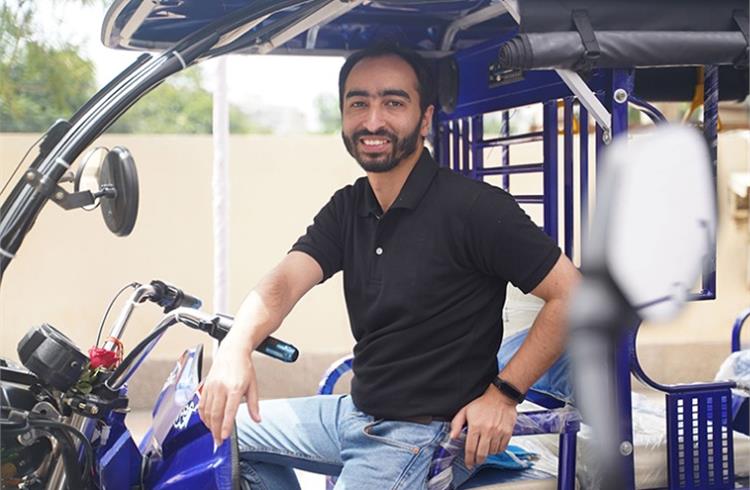 Pulkit Khurana: “We operate a very dense network of swapping stations and already have more than 200 swap stations in the national capital itself.” 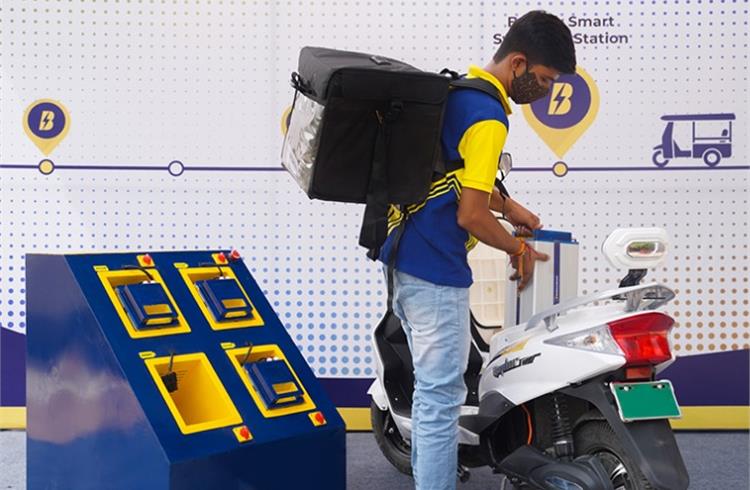 Battery Smart plans to have a 25-city network, mostly in North India – between Rajasthan and Kolkata – by March 2023.

Swappable batteries are one of the enablers to rapid adoption of electric mobility in India, particularly empowering electric two- and three-wheeler vehicles which are capable of utilising this technology that alleviates range anxiety and enhances vehicle uptime.

While companies like Sun Mobility, which is a pioneer in this space, have been going ahead and striking partnerships with key OEMs in the aforementioned vehicle categories, as well as developing swapping infrastructure by joining hands with big players like oil marketing companies, Gurugram-based Battery Smart, on the other hand, is taking a different approach to scale up its presence.

The company which started out from Delhi only two-and-a-half years ago and has already scaled to over 200 swap stations in the national capital, is leveraging the existing infrastructure to expand its swapping network.

Partner-led business model
Battery Smart works on a different infrastructure model compared to other swapping service players like Sun Mobility. Its business is more partner-;ed wherein the company leverages the existing infrastructure and collaborates with local businesses such as small garages and mom-and-pop shops to set up swap stations at a rapid pace, without the need for commissioning new real estate.

“We are leveraging the existing infrastructure and can now open 3-4 stations every day. We operate a very dense network of swapping stations and already have more than 200 swap stations in the national capital itself. We leverage this network to attract more first-time users,” Pulkit Khurana, co-founder of the company told Autocar Professional. 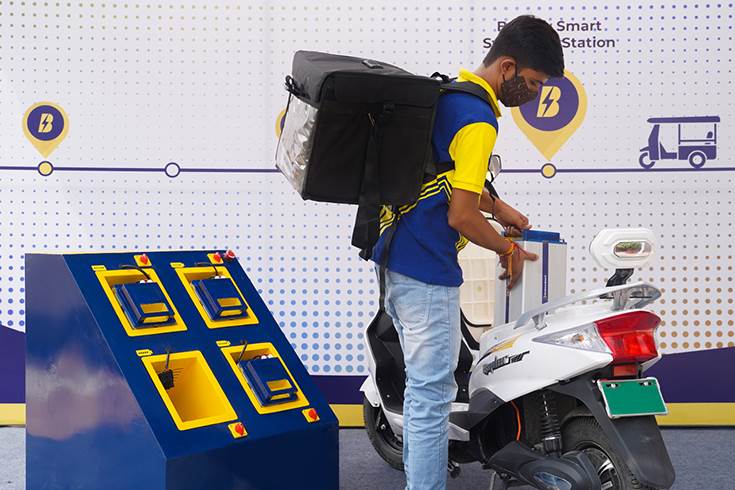 The company is primarily targeting the low-speed e-rickshaws that fall in the ‘L3’ electric vehicle category alongside the low- to mid-speed e-two-wheelers such as those from brands including Hero Electric, Okinawa, and Ampere, and are the most-preferred vehicles by last-mile e-commerce delivery and logistics players.

In the e-rickshaw space, despite the segment being fragmented due to the presence of numerous small OEMs introducing their lead-acid-battery-based products in the market, “That is where the opportunity lies for us as the lead-acid battery requires a replacement every six months, and we want to switch customers to lithium-ion by offering our cost-effective swappable solution,” Khurana added.

The company works with various battery suppliers such as Livguard to source its 2kWh-capacity lithium-ion battery packs for e-rickshaw and e-2W applications and says it is currently placing more orders for these batteries than what can be supplied by its vendors.

The company is planning to recycle and repurpose the end-of-life batteries by putting them into storage applications and expects a lifespan of about 4-5 years on every battery.

“Other than Delhi-NCR, we are now in Lucknow, Jaipur, Karnal, Panipat, Sonipat, Meerut, Kanpur, and we are launching in more cities every month. Our plan is to reach 25 cities, most in the northern part of the country – between Rajasthan and Kolkata – by March 2023. These are the cities which have a very large e-rickshaw population,” said Khurana.

“In the next financial year (FY2024), we have planned to invest close to Rs 1,000 crore worth of assets (batteries). Even today, our asset investment stands at over Rs 150 crore,” he said.

The company has raised US$ 30 million in funding with the last round in June 2022 seeing a successful fund raise of US$ 25 million from Tiger Global. “We still have most of the money from the last round in the bank and we are not using this capital for expansion, for which we are relying on a lot of lending partners and NBFCs to finance these assets. The equity capital is being invested in technology and people to improve the efficiency of our operations,” Khurana signed off.