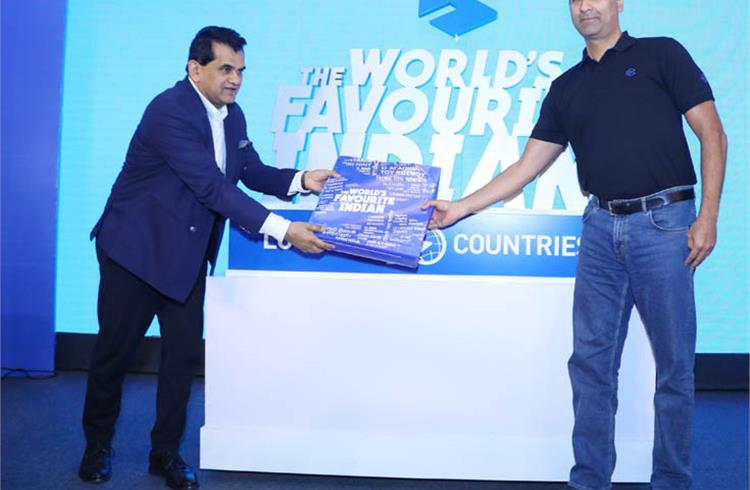 Bajaj Auto, which has been clocking robust sales in both the domestic and export markets, today announced its new identity today as ‘The World’s Favourite Indian’. This is essentially to reflect its dramatic transition from a domestic scooter maker to a global motorcycle powerhouse in only 17 years, starting with the launch of the Pulsar motorcycle from its Chakan plant in 2001.

Building on its ‘Hamara Bajaj’ roots of providing trusted and reliable mobility solutions, the company has significantly invested in technology and innovation to design motorcycles that are today sold in India and 70 other countries around the world. It has grown to become India’s No.1 motorcycle exporter with two out of three bikes carrying a Bajaj badge. Forty percent of the company’s revenue is coming from international markets. It has earned US$ 13 billion (Rs 92,566 crore) of forex in the last 10 years and hit a milestone 2 million units of international sales in 2018.

With 15 million motorcycles sold in over 70 countries, Bajaj Auto says it has set a remarkable benchmark for the government’s ‘Make in India’ vision of the government. With availability and customer preference scaling from Russia and Malaysia to Argentina and Mexico, it is today possibly the largest Indian brand name in terms of customer purchase value, and even beyond other symbols of Indian pride like in cuisines, entertainment or sportspersons.

Commenting on this successful journey,  Rajiv Bajaj, managing director, said, “Our international performance is validation of our strategy of focus and differentiation. Our unwavering commitment towards building the best motorcycles in the world through design, technology, quality and customer satisfaction have made us a truly global brand. Bajaj brand is not only The World’s Favourite Indian, but also perhaps the most illustrious ambassador for Make in India initiative of the Indian government.”

He added, “In only 17 years since the launch of the Pulsar, we have become the third-largest motorcycle manufacturer in the world, ahead of several Japanese and European brands that have been around for much longer. In any market around the world, when people think of motorcycles, they should think of Bajaj. That would help us achieve our vision of being a Global Motorcycle Specialist.”

What would be of much interest to Bajaj Auto watchers and the two-wheeler industry, Rajiv Bajaj also said that an electric scooter will happen “soon”, referring to the considerable buzz in the market of it being one of the speculations for calling today’s press meet in New Delhi.

The new brand identity would be communicated through a powerful marketing campaign featuring TV, outdoor, print and digital media. The retail showrooms of Bajaj Auto motorcycles and commercial vehicles will also undergo a transformation with new signage and branding in line with the message of The World’s Favourite Indian.