The company is expected to make public its EV plans today 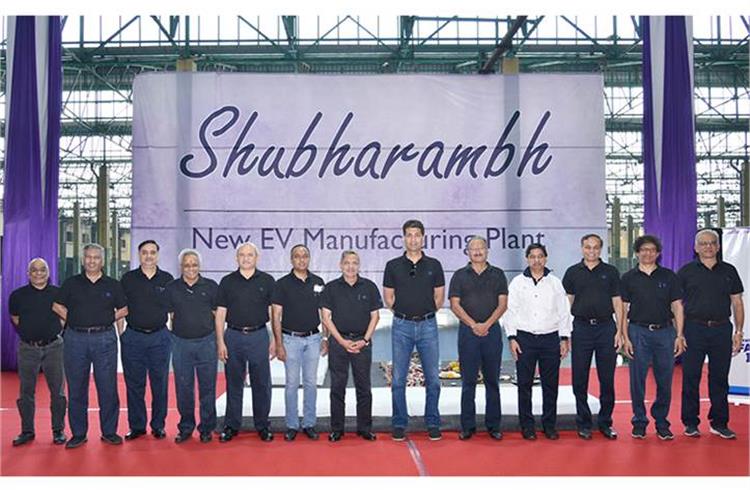 In a series of back-to-back developments, Bajaj Auto  announced its share buyback plan on Thursday after a 20-year gap that will help shareholders to unlock value on its stock that  is down 8.2 percent in the last one year.

This is being followed up by announcements on the company’s  EV plans by Rajiv Bajaj, Managing Director, Bajaj Auto at Chakan in Pune today. Bajaj Auto in December 2021 had announced an investment of Rs 300 crore as it commenced work at its brand-new unit at Akurdi, Pune, for manufacturing electric vehicles (EVs). The unit, which was the original home of the Bajaj Chetak, is spread over an area of half a million square feet, plans to employ nearly 800 people and have a production capacity of 500,000 EVs a year.

The last buyback  announced by the company was in 2000 wherein the company offered 1.8 crore equity shares  at a price of Rs 400 per share.  The said proposal would be considered at the  meeting of the board of directors scheduled for Tuesday, 14 June 2022.

While competition has upped the ante in the electric space, analysts say the company has been rather slow in its approach in EV  adoption. “While we believe that there is a strong case for electric vehicles, the high battery costs limit the development of the category,” said Rakesh Sharma, executive director, Bajaj Auto, at the 13th Bajaj Auto AGM.

Bajaj Auto sold more than 2.75 lakh units in May 2022 as compared to 2.71 lakh in the corresponding month last year, up by one percent. The company’s total exports dropped by 22 percent year-on-year to 1.63 lakh vehicles as against 2.11 lakh in the year-ago period. The company  sold 3,300 units of the Chetak e-scooter in the January-March quarter and has an order book of 15,000 units

The company in its March quarter earnings said that it continues to face supply chain challenges, which impacted sales of motorcycles and commercial vehicles.  Analysts say buybacks are a more tax-effective means of rewarding shareholders if company management perceives it as undervalued or when company promoters consolidate their stake in the company. This is more relevant in the case of stocks that have shown a sharp decline despite no apparent fundamental flaws.