The annual Automotive Lightweighting Special is a must-read for all industry stakeholders keen on knowing the latest advances in helping OEMs and suppliers to shed vehicle weight. Plus, a number of exclusive stories, features and interviews. 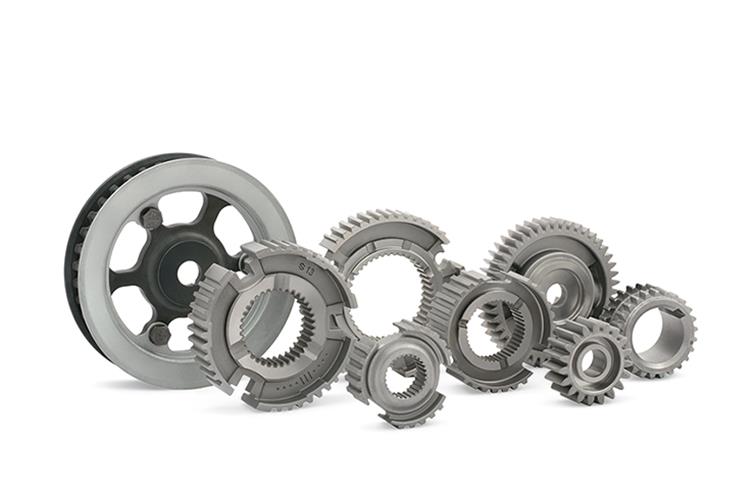 The automotive industry the world over is actively engaged in weight therapy. Driven by ever-more-stringent emission, fuel efficiency and safety norms, vehicle manufacturers and their component suppliers are exploring and using new materials, processes and technologies to cut the kilos and shave the grams, all in the quest of lighter but stronger vehicles that are both greener as well as able to s-t-r-e-t-c-h costly fossil fuel to the max. We've also got a huge exclusive on engineering major Larsen & Toubro's automotive prowess but more on that later. 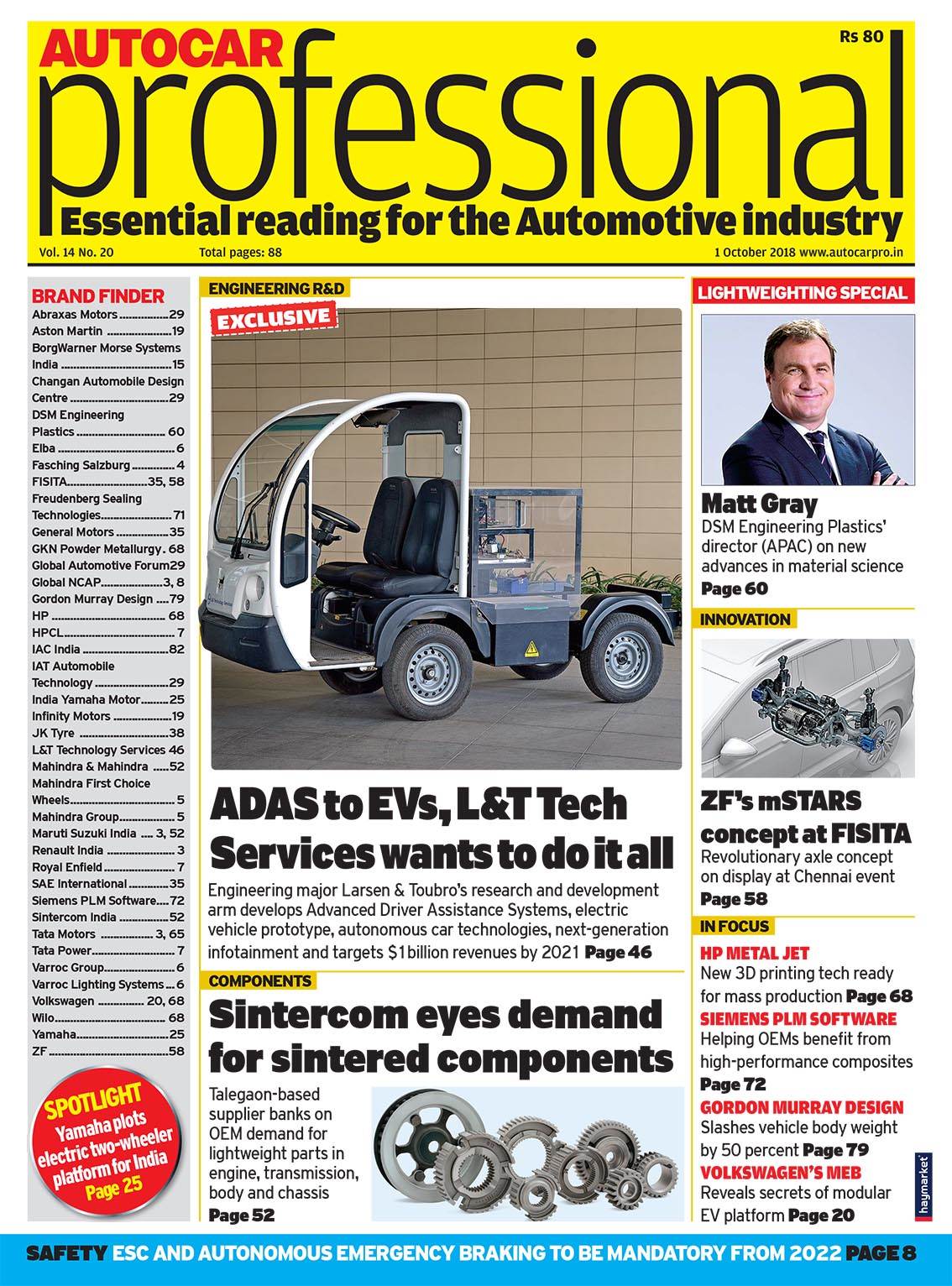 Autocar Professional's annual Lightweighting Special, all of 88 pages, is heavy with a plethora of news stories, exclusive interviews and in-depth features on the latest developments in the industry. Let's begin with the Talegaon-based Sintercom India, which is targeting four-fold growth by 2023, by enabling industry to replacement non-sintered parts with its sintered components which have a host of applications in the engine, transmission, body and chassis departments.

DSM Engineering Plastics is one of the global majors which are facilitating OEMs and suppliers to reduce vehicle and component weight. Matt Gray, Commercial Director, Asia Pacific, reveals the reasons for the spike in demand for lightweight materials across plastics, metals and biodegradable materials, why its Akulon PA6 is the market-leading material in India with applications in under-the-bonnet, interior and exterior components.

The FISITA World Automotive Congress 2018, the hallowed ground for automotive engineers, opens at the Chennai Trade Centre on October 2. Held in India for the first time, the biennial expo, which will see plenty of presentations from industry stalwarts, also has an expo. Dan Nicholson, president of FISITA and VP - Global Propulsion Systems, General Motors, writes on how engineers are driving a safer and cleaner future in motoring. 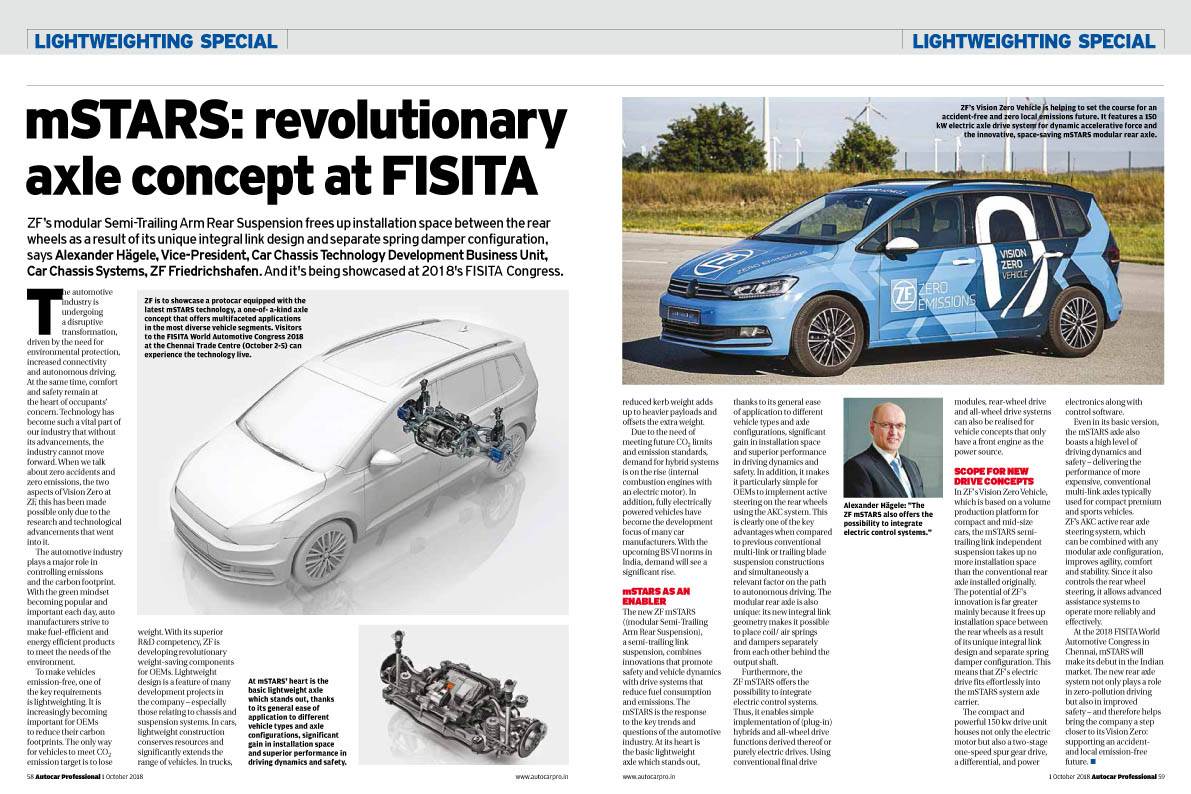 We also reveal the HP Metal Jet technology which proves that 3D printing is for the first time ready for mass production. HP's latest is claimed to deliver mechanically functional final parts with up to 50 times more productivity that existing 3D printing systems, and importantly at significantly lower costs compared to other binder jetting systems.

Professor Gordon Murray is at it again. This time his latest technology – iStream Superlight – helps slash vehicle body weight by up to 50 percent! It bringing Formula 1-derived construction and technologies to mainstream car production and the new chassis promises to be the lightest, strongest and safest platform yet.

That's something most carmakers would be interested in. Tata Motors, which is making strong market gains in both PVs and CVs, has reported robust lightweighting advances in its truck manufacturing. We speak to Rajendra Petkar, chief technology officer, to learn the latest.

And providing an update on the current trends in lightweighting technologies is guest columnist PC Jayan, director - Engineering, IAC India. 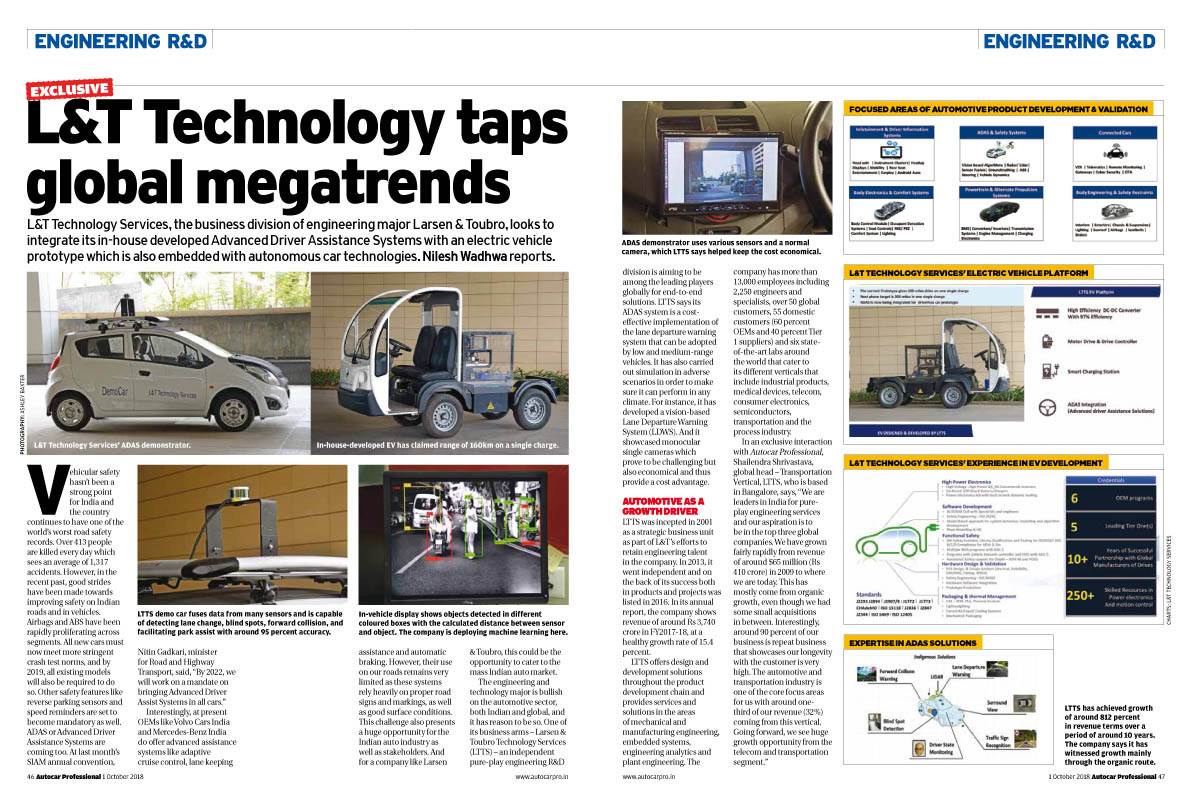 L&T engineers ADAS-equipped EV
When an engineering giant like Larsen & Toubro gets into a new field, expect it to delve deep. And that's just what L&T Technology Services is doing, looking to integrate its in-house developed ADAS with an electric vehicle prototype, which is also embedded with autonomous car technologies. We also speak to Ashish Khushu, chief technology officer, and Shailendra Shrivastava, global head (Transportation), to know that latest on the company's growth roadmap in the automotive areana.

Vehicle electrification is the buzzword globally and Volkswagen, which is targeting sales of over a million EVs each year by 2025, has recently revealed MEB, its modular electric drive matrix platform. Our in-depth feature is a must-read for all those who are keen on e-mobility.

Do you know that Yamaha is plotting an electric two-wheeler platform for India and other global markets? We bring you an Autocar Professional exclusive.

The past fortnight was a busy as well as newsy one for the Indian automotive industry. BorgWarner Morse Systems India opened a new variable cam timing (VCT) line at its Chennai plant and Global NCAP, the automotive safety watchdog, has expanded its StopTheCrash safety campaign to India. Active safety technologies like ESC and AEB have the potential to save thousands of lives each year. We report on the opening day of the event, which saw these life-saving technologies being demonstrated at the Buddh International Circuit. 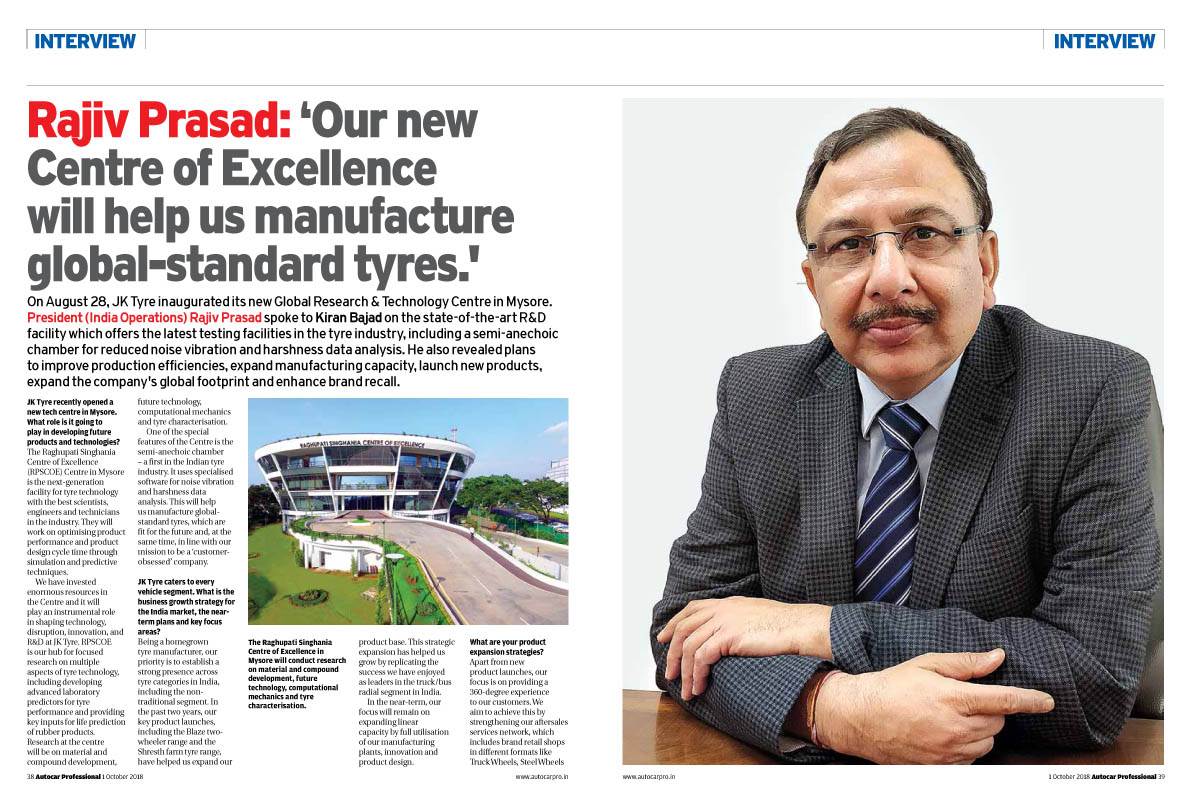 Tyres, the sole connectors of vehicles to the road, are a critical contributor to safety. In the interview of the fortnight, Rajiv Prasad, President - Indian Operations, JK Tyre, speaks on the new state-of-the-art R&D facility in Mysore, its semi-anechoic chamber for tyre testing, and how the Centre of Excellence will help the company manufacture world-class products.

All this plus the latest news including the Maruti Vitara Brezza scoring a strong four-star rating in the latest round of Global NCAP test on Indian cars.