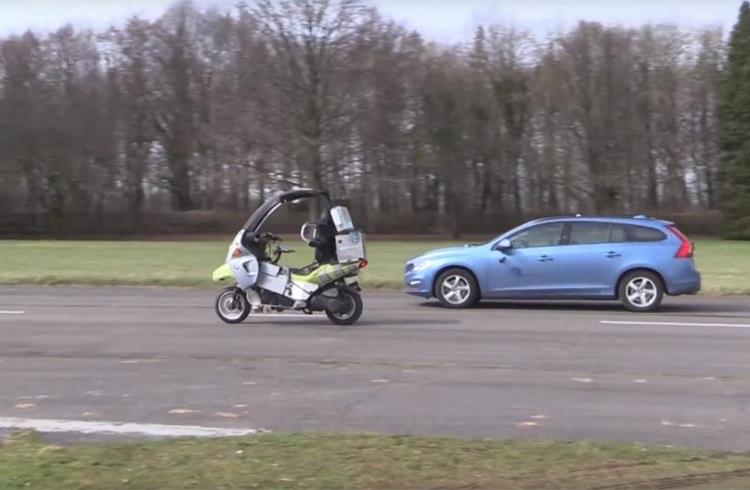 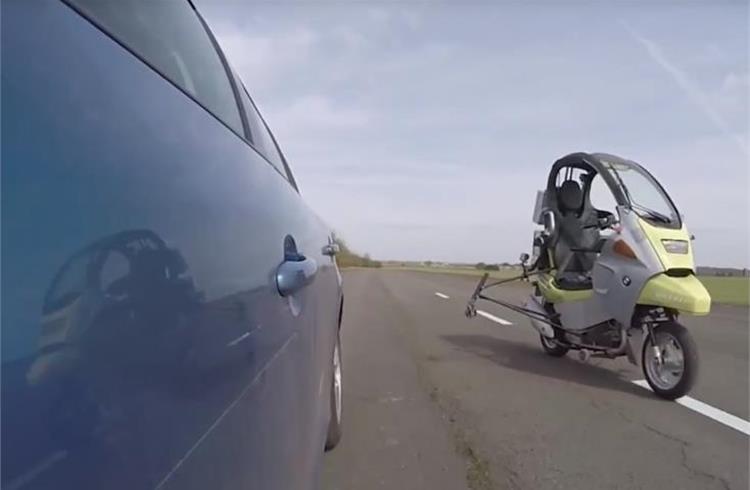 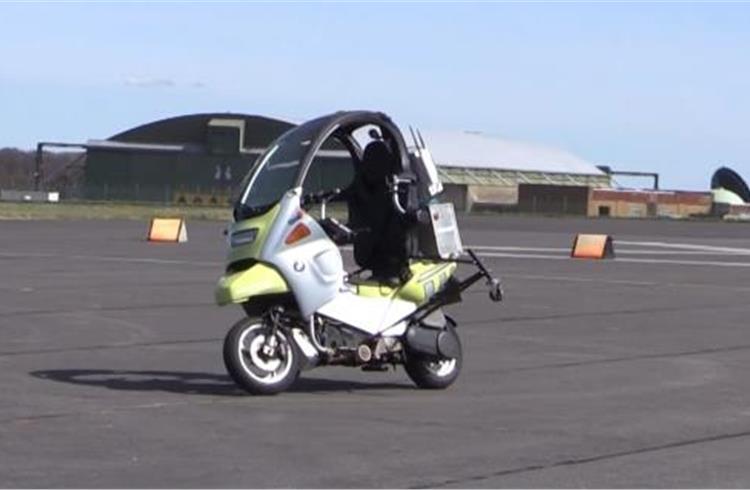 A self-driving motorcycle, co-developed by AB Dynamics, one of the leading suppliers of advanced automotive test systems, will allow autonomous cars to be tested under much more challenging and representative conditions.

Unlike slow-moving pedestrians and cyclists, the combination of rapid acceleration and extreme manoeuvrability means motorcycles present a particular challenge to an autonomous vehicle or advanced driver assistance systems (ADAS).

To avoid risk to a human rider, initial development of the interactions between motorcycles and autonomous or ADAS-equipped vehicles has been carried out using controlled soft targets, such as can be carried on AB Dynamics’ LaunchPad, but these are limited in speed capability and how accurately they represent a real motorbike. The riderless motorcycle has the full performance potential of the original bike, enabling more dynamic interactions to be tested, such as motorcycle overtaking, traffic filtering and lane splitting.

“A riderless motorcycle allows more comprehensive testing of autonomous or ADAS-equipped vehicles, without risking injury to a real rider,” explained Dr Richard Simpson, senior systems engineer, AB Dynamics. “It also permits greater accuracy, repeatability and consistency between tests than any human rider could achieve. This motorcycle is another excellent tool to complement our other testing equipment for autonomous and ADAS development.”

Mechanical integration of the riderless systems was carried out by a technology start-up company, AutoRD. AB Dynamics integrated its on-board robot controller, which runs the company’s standard RC software, allowing programming of the motion of the motorcycle and path-following via GPS positioning, just like a car driven by the company’s robots AB Dynamics’ cross-platform Synchro technology allows coordination of the bike with other moving objects, such as cars or ADAS targets, and synchronises all data generated, enabling later review.

For ease of conversion, the technology demonstrator used a BMW C1 motorcycle which has ABS, no manual clutch and a roof structure, convenient for mounting sensors. Subsequent developments will use a more modern machine with greater performance.

“Future legislation and vehicle safety testing could require ADAS systems and autonomous vehicles to be validated in increasingly complex scenarios and the riderless motorcycle is a useful tool for achieving this,” said Simpson. “It could also have applications in motorcycle durability testing by removing the human rider from some of the more arduous tests over rough surfaces, such as pave, where cars already use robot drivers to eliminate driver fatigue.”

AB Dynamics foresees interest from a wide range of customers working in ADAS development and those developing tests for self-driving cars. The current demonstrator has proved that the technology works, and the company is now looking for interested potential customers to help steer further development on the project.