RC Bhargava: 'India Auto Inc has not reached the stage of total competitiveness.’

Maruti Suzuki’s Chairman reiterates that economic reforms were the best thing that happened to India Auto Inc but there are still crucial gaps that need to be filled quickly. 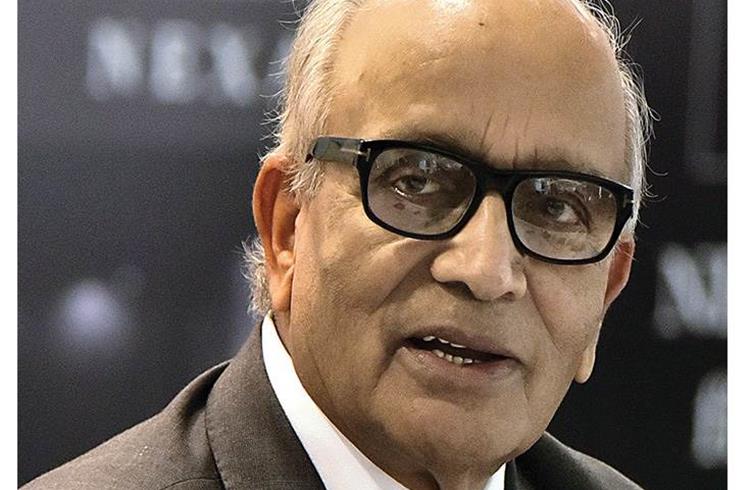 RC Bhargava, Chairman of Maruti Suzuki India, reiterates that economic reforms were the best thing that happened to the Indian automobile industry. However, there are still crucial gaps that need to be filled quickly, he tells Mayank Dhingra in this interview. Excerpts.

Before we dive into the key subject of 1991 and beyond, could you first tell us more about the Maruti 800 and how it changed the definition of mobility?
We have to go back to people’s thinking in those days. It was a very different kind of mindset which they had for a period of 30 years or more. We had all been used to only two types of cars — the Ambassador and Premier Padmini — and very little had been changed in these cars over time.

Before the 1991 reforms, India was a closed economy and very few people had an idea of the developments taking place in the automotive sector the world over. So, suddenly when we got a modern car (Maruti 800), which was high on technology, people were excited about it.

If we go back to the 1980s, not much was changing in India in terms of any consumer product as those were the days of licensing and control, and everything just remained stagnant. So suddenly, the 800 changed people’s opinion about a car and that’s why the demand was beyond what anybody expected.

The project was set up for 100,000 units and both the Centre and Suzuki were of the belief that even this would be difficult to achieve. But, the initial bookings itself were about 120,000 cars and the total production that could be managed in the first year was only 20,000 cars.

Now, when people started driving this car, it had been a total change in terms of the driving pleasure as it was so reliable and wouldn’t let the owner bother about checking the mechanicals before every drive. This led to two things.

One, women started driving. Till the Maruti 800 came along, very few women drivers could be seen on the road. Now with this reliable and easy-to-drive car, over the years, the number of women drivers shot up significantly. As they began experiencing mobility, we saw an increasing participation of women in the workforce to get involved in economic activity too.

Two, weekend tourism became a fact in India. If we look around Delhi-NCR itself, so many resorts started coming up only because people thought that it was feasible for them to go out and take a quick break.

The Maruti 800 led to other changes too. As customers became more conscious about quality and reliability, they came to believe that they were entitled to it. This was a major thinking change in the mindset of people.

As a key figure who saw both sides of the coin — the periods before and after 1991 — what do you have to say about the growth of the Indian automotive industry?
The Indian auto industry clearly benefited from the 1991 reforms. In the licensing period that existed prior to this, everything was rigidly controlled and it was almost impossible for a new company to enter the market, expand its production or even bring in new technology.

What happened after 1991 is that the car industry was delicensed and the freedom of entry became a reality. Post-1993, almost every single global major stepped in and is now present in India. This also meant the entry of more technologies, more competition and much greater freedom to global companies looking at India.

From 1993 to 2010, the industry grew very rapidly at a double-digit growth rate and it’s only the last 10 years that there has been a slowdown. While there are several reasons, the key one is that the cost of acquiring a car by an ordinary citizen has gone up substantially over the last decade.

This is primarily because of regulations as well as depreciation of the rupee which has led to an increase in manufacturing cost since a lot of material is still imported. Moreover, there has been a consistent increase in taxes levied by various state governments and nobody has changed the tax structure on cars, which is the highest among all major countries. So, all these factors combined together have given birth to this slowdown situation over the last decade

When you look back, is there a sense of opportunities missed over the last 30 years?
India as a country did a number of excellent things in 1991-92 by removing licences and controls as well as (removing) protection of the domestic industry from imports while allowing FDI. But what we didn’t do was create conditions in India where the industry could manufacture and achieve total competitiveness with the rest of the world.

Even today, we haven’t reached that stage. So, the attitude of people, including bureaucracy and the political establishment, hasn’t changed. Therefore, people never understood what competitiveness truly is.

Foreign investment in manufacturing should have come into India in a very large way. Even though there were so many delegations, investments eventually came into other areas but not manufacturing. What the country needs is rapid growth of the manufacturing sector to create more jobs and drive the economy.

Do you think ad-hoc policies also impeded the growth story?
Any policy which does not promote competitiveness is an opportunity missed. Having said that, many things are now being done by the Prime Minister. In the earlier days, we talked about privatisation but nothing used to get done. I hope this large-scale privatisation of the public sector in India gets done quickly as this time — at least the Centre is talking seriously about it.

As long as the public sector is there and doesn’t generate enough value for the investor, the economy is not going to function to its true potential. Creation of demand is necessary and that’s not happening in many sectors. We need to look at solving those problems to grow.

With a host of players scrambling for market share, what does this imply for India?
New players in the auto industry will be coming in but unless more demand is generated, more people will be fighting for the same cake. In the period from FY2015-FY2020, the domestic car industry registered a compounded growth of only 1.3 percent as per SIAM data. So, when we have a market size which is only growing this much and if a new player comes and gains, someone else will be losing. But the country, as a whole, will only gain when the market grows and new jobs are created.

Excessive regulations have also been cited as an obstacle to growth of the auto industry. Would you agree with this view?
India has been following Europe’s footsteps when it comes to regulatory changes on safety and emissions. However, we are not seeing similar growth because people’s incomes have not risen to the same extent. So, should we really follow safety standards which are meant for developed nations?

Putting additional airbags is not a problem but the question is who would pay the cost and where is people’s ability to buy such cars? Without customers, it will impact the growth of the automotive industry even further.

Will Atmanirbhar Bharat work in a global arena?
We must move in those directions and develop industries where we are making large imports. We certainly have the volumes, so why shouldn’t we proceed? We are trying and I believe the Centre is pushing in that direction.

What do you have to say about the electric vehicle movement?
The adoption of electric vehicles (EVs) will remain at a very small level at least till the end of this decade, thanks to affordability continuing to be the key concern. With the present technology, EVs at the lower end of the spectrum are unaffordable. Ultimately, any product can only get into the market if the customer accepts it and is able to buy it. 