Manu Saale: ‘There is a bit of India in every Merc’ 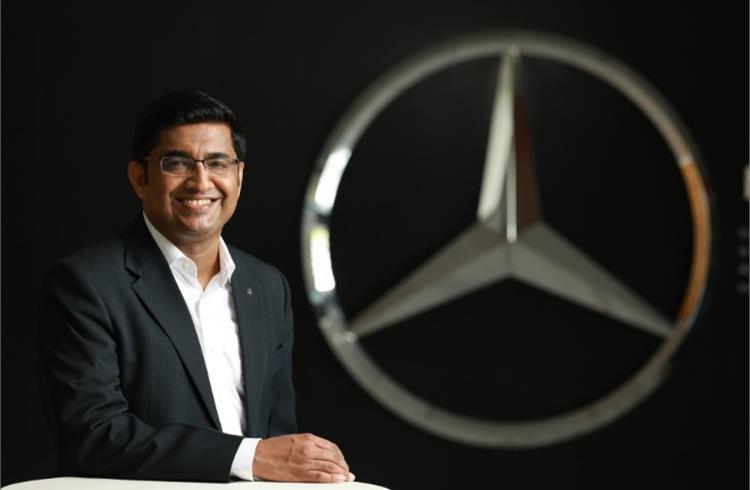 Set up in 1996, the Mercedes-Benz Research and Development India (MBRDI) is the Mercedes-Benz Group’s largest research and development centre for outside of Germany. Managing Director and CEO, Manu Saale speaks to Autocar Professional's Sricharan R about MBRDI’s plans to contribute to the Group going forward.

What sort of work does MBRDI do?
In line with the global ambitions of the Mercedes-Benz Group, the Mercedes-Benz Research and Development India (MBRDI) plays a prominent role in innovating and accelerating the future of sustainable mobility. Engineers at MBRDI are committed to providing comprehensive digital capabilities, with technology at the core. MBRDI also harnesses the role of information technology (IT) in accelerating the future of automotive technology in terms of engineering, digitalisation, testing and simulation, and data science. MBRDI office in Bengaluru specialise in end-to-end capabilities in product development and IT services. The satellite office in Pune focuses on interior component designs and IT engineering.

Could you give us some examples of India-made solutions from MBRDI for the group?
MBRDI is playing a significant role in the development of MB. OS (Mercedes-Benz Operating System), which has four key domains: powertrain, autonomous driving, infotainment, and vehicle control. It provides a unique and uniform software platform for all the Mercedes-Benz vehicles. Our goal is to be able to upgrade the entire MB. OS of all cars available from 2024, remotely — a bit like the Android and iOS platforms. To drive such innovations, both locally and globally, MBRDI leverages next-generation technologies such as AI, AR, and big data analytics to name a few.

There is a bit of India in every Mercedes car, today, with some aspects of the car touched, modified, developed, and supported by India. The 'Hey Mercedes' feature in the MBUX (Mercedes-Benz User Experience), which was demonstrated in the Mercedes-Benz GLC, was also developed by the MBRDI engineers. For the latest Mercedes-Benz C Class, MBRDI team has played a pivotal role in bringing paradigm change to digitalization, including body electronics, drive train, advanced driver-assistance system (ADAS), as well as the interactive areas, such as infotainment and connected services. India is also the innovation hub for Mercedes-Benz. With Mercedes-Benz planning to go all-electric by 2030, MBRDI is set to play an important role in the development of the MB electric architecture.

With Bengaluru being the IT hub, does MBRDI work more on software and technology side of development?
Bengaluru plays a significant role within our global R&D network. We are committed to building an ecosystem and culture that promotes innovation and collaboration to reimagine a sustainable future, globally. With the larger ambition to lead both in electric vehicles and in software, MBRDI envisions bringing India’s efforts closer to the Mercedes-Benz group with respect to engineering and R&D.

How big is the centre and are there plans to increase the number of engineers?
We have a dedicated team of over 6,000 employees. We are also planning to hire over 1,000 engineers with new-age skills to strengthen our R&D capabilities in India, especially in the area of MB. OS contribution.

Did the pandemic slow down new developments at the centre here?
There were several learnings from the pandemic and one important learning was the need to be agile, resilient and be able to adapt to the evolving situations. Digitisation has enabled the employees to collaborate more efficiently and improve productivity with flexibility on their side. The biggest asset to this change, in my opinion, has been the real-time communication and simplification of processes that have made operations much smoother and faster.

What sort of new technology additions will be made in the coming years?
Digitalization has been a central strategic parameter in all areas of Mercedes-Benz for many years. Technology innovations such as simulating crashes, gesture controls, and autonomous driving would be unthinkable without digital transformation. Through simulations, we are able to understand the possible patterns of crashes and plan the best ways to avoid them. It does not involve core hardware testing and is cost effective. This also translates into bringing new technologies to the road even faster than before, and more efficiently.

Most of our cars that are rolled off Mercedes-Benz factories today are intelligent and connected by default. With every interface in the car going through the process of software development, our cars are nothing short of a data centre on wheels.

For example, with Vision EQXX, we clearly have much more digital content inside the cockpit. There is a 47.5-inch pillar-to-pillar display, a 3D game engine which gives you more content. We are also bringing in AI in terms of avatars that predict what you want to have — like an onboard personal digital butler that predicts that you want to go home and pick up things on the way. And of course, if you are in a traffic jam you can switch over the vehicle to automated mode so you can complete something else.

What sort of R&D happens in MBRDI in terms of electric mobility?
MBRDI is playing a key role in innovating and accelerating the future of sustainable mobility. In line with its global ambitions, the company has shifted focus from developing an electric vehicle portfolio to ‘electric only’, in the future.

The company is quickly picking up the pace on the electrification of the automobile as evident in our global ambitions. Vision EQXX (concept EV) is a clear example of and proof that we are leading in electric with a 1,000 km range that we have now proven.

India is playing a significant role in the development of electric architecture too. On the road to emission-free driving, our developers use a host of control levers to reduce emissions on a lasting basis. The teams work extensively on electric and electronics topics pertaining to powertrain (engine, transmission), chassis, interiors, mobility, advanced driver assistance, telematics, applications development etc.

With Daimler trucks setting up a new tech centre, will MBRDI continue to support the truck business?
In line with the recent organisational changes, what was formerly called Daimler Group’s car and truck divisions have been bifurcated as separate business units. While Daimler Truck will focus on the commercial vehicles segment, Mercedes-Benz will now solely focus on the premium and luxury passenger car segment.