Ford has at last appointed its chief operating officer, Mark Fields, to the top job of chief executive officer, a position occupied by high-achieving Alan Mulally for the past eight years. 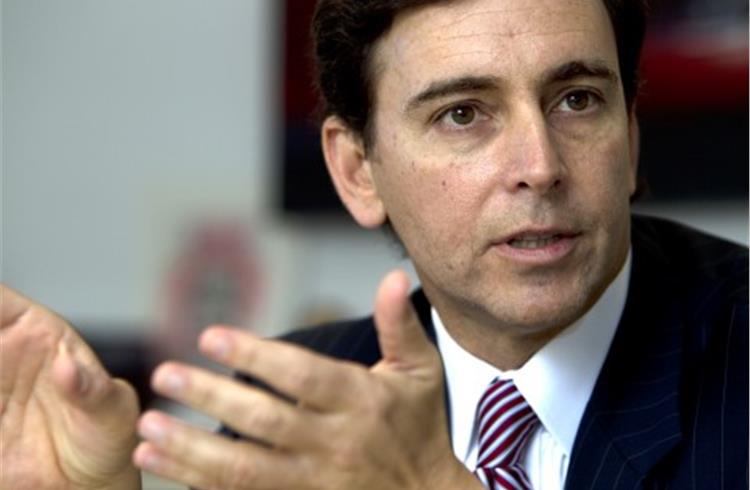 Ford has at last appointed its chief operating officer, Mark Fields, to the top job of chief executive officer, a position occupied by high-achieving Alan Mulally for the past eight years.

Mulally’s 'One Ford' plan is credited with carrying the company through the 2008-2011 financial crisis without the need for the kind of government bail-out that rescued General Motors and Chrysler, and getting it rapidly back to profitability. Here is an exclusive interview with Fields about how he’ll run the company.

Congratulations on your new job. Will you make early changes, to mark the change of management?
I’d prefer to talk about what’s not going to change. In organisations like ours there’s always some concern when new guys take over, so I want to stress my determination to stick to our One Ford plan, and to a culture of positive leadership. But I believe this is the right time to accelerate the plan with even more product passion, and more innovation.

What role will Alan Mulally play in future?
Alan was a great mentor to me, so even after he retires from the board and leaves the company, I’m going to listen to anything he wants to say to me. Management styles are different, but I don’t expect the company’s direction to change at all.

You had a hand in the hard thinking behind One Ford, right?
When I came back to North America from Europe, we launched a plan called 'Way Forward', which was all about having a full product family around the world. It included a proposal that we take the Fiesta, a terrific car, and offer it globally. Then Alan joined the company, turbocharged the whole thing and launched One Ford. He was definitely the major mover behind it all.

Where are we with One Ford? Is this the end of phase one, or haven’t we reached that stage yet?
We don’t really talk in those terms. We believe One Ford is an evergreen principle, all about designing production for the correct level of demand, offering the right products for the market and building them profitably. We believe these principles will never be outmoded. We’ll always look at what a job takes, and we’ll adapt.