'From day one, the 650 twins have the highest spec required anywhere in the world.' 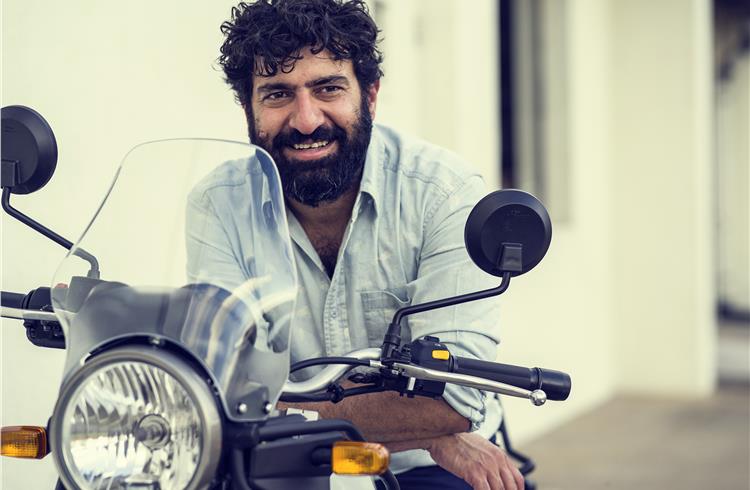 Royal Enfield made headlines at EICMA 2017 in Milan with its new Interceptor 650 INT and Continental GT 650, both powered by the new four-stroke, SOHC, air-cooled, 648cc parallel twin-cylinder engine developed by the UK Technology Centre and Chennai teams. CEO Siddhartha Lal tells Rishaad Mody what went into developing the new platform, the heightened focus on quality, learnings from the Himalayan, and why you shouldn’t think an electric motorcycle is beyond the company.

How vital is the UK Technology Centre to Royal Enfield?
It is very important as regards getting to what we want from the brand. The Tech Centre was not set up to create a halo around the brand. If it does, that's brilliant and we'd be delighted but that's not the purpose.The purpose is that we make awesome motorcycles through this facility.

This is a rational decision, not an emotional one. We needed the type of competencies that we weren't getting in India. We have superb capabilities in India but there are some that we don't have. There are very few people who understand the design and development of, let's say, a higher-powered (not high-powered, but higher-powered) motorcycle. That's not just in terms of the engine but things like chassis dynamics, design and sophistication and maybe even, to some extent, industrial design. So, it's really important. 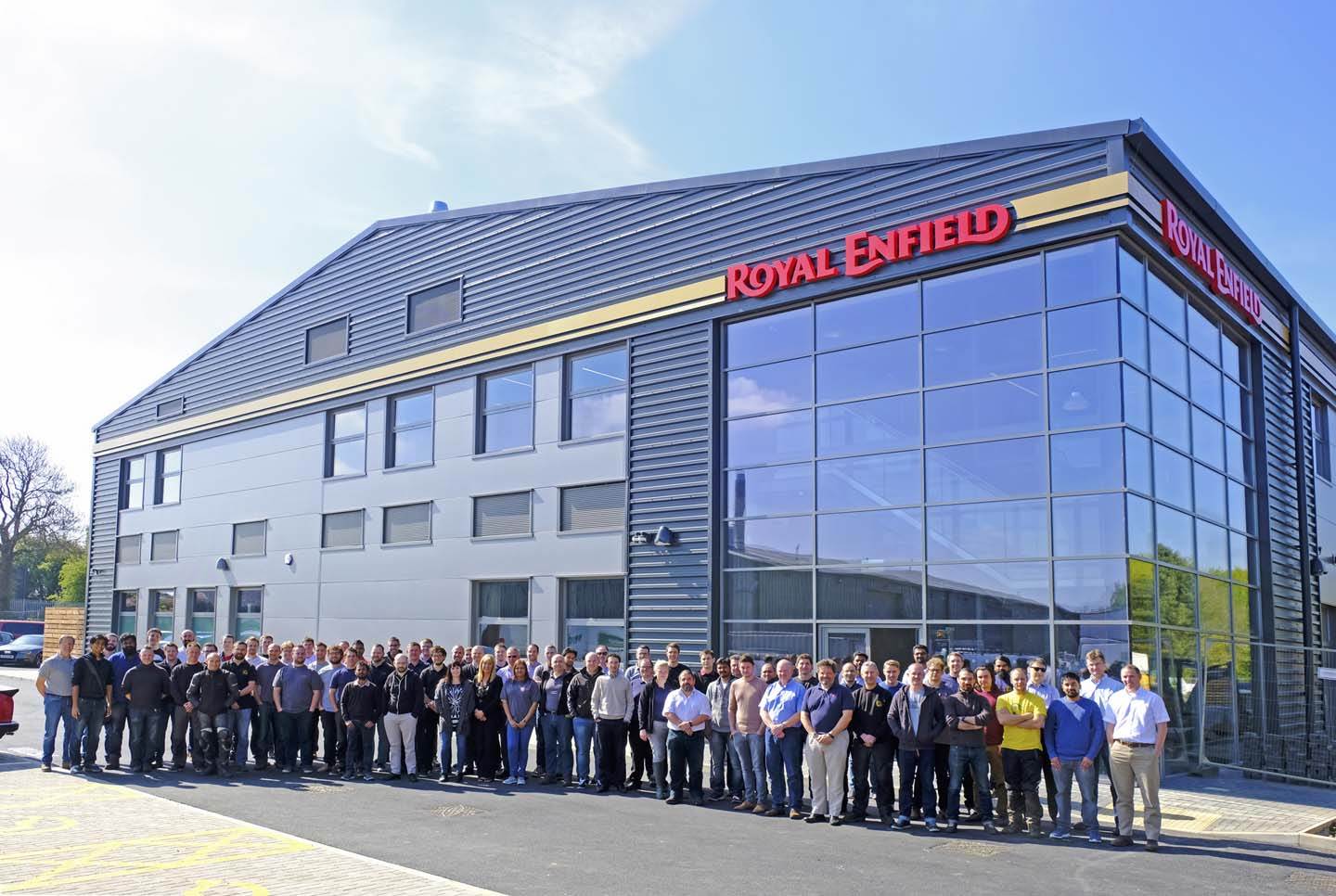 There's a tech centre coming up in India too. How do you strike the balance between the UK and home?
These are only physical centres and the balance already exists. The core team was initially always based out of India and all the products we've developed have come out of India. Then, we hired a UK team and have been building it.

As it happens, the global heads of Product Strategy (Mark Wells) and Product Development,(Simon Warburton) as well as the heads of chassis, engine and programme management all sit in the UK but they all have teams back in India and are working seamlessly with them.Independently, the UK team can't do much because they rely tremendously on India for design, detail design, validation and all the long hours on the dynos that happen in India. There's a lot of back and forth, so we travel a lot between the two countries.

What we're doing in India is building the physical infrastructure because the Thiruvottiyurcentre was old and bursting at its seams. We currently have various buildings around Chennai which house our engineers as we don't have space in our factory. Now everybody will converge. The infrastructure will be way more in terms of sophistication than the UK centre. The big test labs will all be in India and we will have three times the number of dynos, testing rigs and the like.

How will the Tech Centre start to impact the existing model line-up and how long will it take?
Now that we're working with the best in the world, we understand that every new product from every company in the world starts off at a much higher level of fault frequency than a stable product. At present, our most stable product – the Classic 350 – has very low fault frequencies; things like warranty failures, for example.It's extremely low and, largely, they are of very minor nature.

Our stable products, which constitute 95 percent of our portfolio, are very stable and we are seeing drastically improving quality numbers. It's always the new products in any organisation that cause the bubbles and upheavals. Even there, we've learned how to dramatically limit the extent of faults and the duration of faults. That's the learning and a lot of it is coming because of very early testing of fully tooled-up motorcycles. That's on the design side, and our testing protocol is up immensely as well.

Speaking of learnings, what are the lessons from your last project – the Himalayan adventure motorcycle?
The first learning is to anticipate markets better. We developed the Himalayan for India; we weren't envisaging selling it in markets like the UK, USA and Europe but they all asked for it. We said it's a bit underpowered for you, but they still wanted it. Then we started to make Euro specs, which took us time and effort. Therefore, on the new 650 twins, from day one, we've got the product in the highest spec that's required anywhere in the world and the same spec will be available in all markets.

The other huge learning is in the product introduction and new product development processes. It’s three years ago,when we were starting the project,that you take the ‘What?’ decisions. Once all the decisions are made, it goes into fine tuning. We kept that much later for the Himalayan, which was our process at the time. Thus, we were making changes later in the program and, therefore, even though we did a lot of testing, the parts changed subsequently. Now, the freeze on parts is much, much earlier in the process.

The second learning is about the availability of products in the market, which is now going to take us a lot more time because we do it in small steps. Make a batch of motorcycles and test them extremely thoroughly, because there's always potential for failure and you always have to be paranoid about what can go wrong. I think we've covered all bases, but you never know. So you take those steps and you don't go to the next stage of production until your fault frequency is back to the stable levels.

That's the kind of stuff we've picked up. It's all process, discipline, self-control and restraint. Twenty years out, nobody is going to say, “Look, they delayed the 650 twins from April to May, or April to July, or even April to December.”

My job now as CEO is to make sure we do the right thing,and the type of gate control and sold gate process before we start series production and before we start series sales. Thus, even after production but before delivery, we still don't have to start delivery. This means that if we produce 10,000 motorcycles but for some reason if I'm not satisfied, I will make sure I will not deliver motorcycles till we sort out the problems. That's the rigour that we're going through this time.

Royal Enfields have a certain flavour and have stuck to their heritage for over a century. Is that identity enough on the world stage or do you have to reinvent yourself?
I'm not sure I know the answer to that right now. Obviously, we have to keep evolving ourselves, but we have to keep somethings constant. Again, the fact that we're restricting ourselves to middle-weights is self-imposed. This is the absolute belief right now but it doesn't mean that it won't change. But right now, it won't change.

This self-imposition helps us focus otherwise we'd be all over the place looking for an opportunity. Of course, we will evolve, learn and understand the market. There are seismic shifts which are going to happen. Cities are bursting, mobility is changing, connectivity of vehicles and internet of things is happening, electrification is on the anvil. We would be fools to just put our heads in the sand and say, look this is all that Royal Enfield is about.

Royal Enfield, therefore, has to evolve what it's about – what we now call ‘keeping riding pure’. If that means an electric vehicle, we will when the time comes. But for now, and the foreseeable future, for this brand and this style of vehicle, we do believe that it is this simple, pared-back, heritage-driven, accessible motorcycling which is what's missing in the world. We believe we can bring convergence in the world and it may take us time. Maybe it will happen with the 650 twin, maybe everyone in the world will love it and we just won't be able to make enough and it will be a Classic 350 story, not only in India, but around the world. Or maybe that won't happen and if it doesn't, it doesn't matter. This is the path that we're on right now. You are not going to see the likes of a supersport from usin the next five to seven years.

To put it simply, is the brand open to diverging from what you are in terms of identity?
I think we want to extend our identity. I'll tell you how we've already extended our identity. When I first joined Royal Enfield, nobody knew Royal Enfield, everyone knew Bullet. We decided then that the Bullet (brand) is really strong, it's gorgeous and we love it, but we had to break the equation that Bullet was equal to Enfield was equal to Bullet. We said Bullet must retain all its character, but Enfield must go beyond Bullet. That's the strategy we took.

We introduced the Thunderbird, the Electra and other motorcycles because we wanted Royal Enfield to be a broader spectrum. We always wanted to push Royal Enfield to a slightly broader plain and the Himalayan helped us to do that. This was not a heritage-driven product for the first time in Royal Enfield's history.

So yes, I think it will evolve but it will still stay within a certain realm of, let's say, a type of motorcycle which is still not extreme, one which is accessible and great for daily riding. We're not going to make any motorcycles that you don't want to ride on a regular basis. Those are fairly wide parameters and again, we have a very strong pipeline, but we don't have a very wide pipeline. It's not like we're going to have 30 products. We have two, three new platforms under development, but some of them will replace existing ones, for instance, when stricter emission norms come in.

This interview has also been published in Autocar Professional's November 15 issue.