‘VECV is driving modernisation in commercial transportation in India.’ 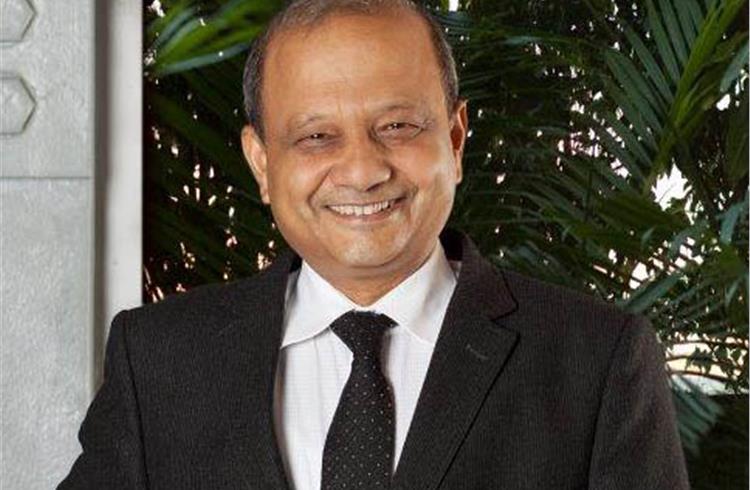 Can you detail the roadmap for growing VECV’s truck and bus business in the light of the sluggish market in India?
The overall HD segment (16T and above) is doing well. If you drill down further, the haulage segment has gone back to almost 90 percent of its earlier peak of 175,000 units in 2011 and in 2015 should be close to 150,000-160,000 units. This has primarily been led by replacement demand by the large fleet operators. It may touch its peak in 2016.

Construction and mining tippers are still in recession. The tippers that accounted for 65,000 trucks in the peak year of 2011, are likely to be down to around 40,000 trucks on an annual basis in 2015.  Even though, there is good growth for high-end coal mining tippers, but demand for iron ore mining as well as construction tippers is affected by stagnation in infrastructure investments.

A reason for the continuing recession is that rural sentiments are still not upbeat due to worries on monsoon. Also LMD trucks are mostly used by small operators and they are still facing funding problems. In addition, there is always a lag in the recovery between heavy duty and LMD trucks and that lag has certainly been longer this time as against normal lag of 6 to 9 months.

Which are the new products in the pipeline and proposed future investment plans?
We launched several new products in 2014. These include the Eicher Pro 1000 and Eicher Pro 3000 LMD trucks and Eicher Skyline Pro buses. Another milestone was the launch of the all-new Volvo truck range including the new FH, FM and FMX series of trucks in October.

These new products would help us achieve higher volumes and market shares in 2015. Early this year we commercially launched the Eicher Pro 6000 series in the northern, western and southern markets. We will further strengthen our heavy duty trucks portfolio with the launch of Eicher Pro 8000 series in the coming months.

This series is a new generation of heavy duty trucks, tractors and tippers from 25T to 49T GVW, meant for the emerging mid-premium segment that requires high power and torque as well as a greater degree of refinement and sophistication.

With these launches, both in the Eicher and Volvo brands, VECV is driving modernisation in commercial transportation in India. We will also continue our focus on the aftermarket and support solutions towards increasing the productivity and efficiency of the customer fleet and partnering the customer during the complete vehicle life cycle.

When will VECV look at a new facility and will it also come up in Madhya Pradesh?
In the current plant at Pithampur, we have the capacity to manufacture 66,000 vehicles annually. This can be spiked up to 100,000 vehicles. Looking at the market and our current requirements, this is adequate. Once the market expands and there is scope to expand our manufacturing facility, we will evaluate and take a call on expansion at an appropriate time in the future.

What is the plan for developing India as an export hub for trucks, buses and engines and setting up an assembly facility overseas?
Today exports contribute about 13 percent of VE Commercial Vehicles’ sales and we plan to raise this figure higher. Products of Eicher Trucks and Buses are exported to over 22 countries. We are currently present in India-like export markets with a strong presence in South Asia and some countries of Africa and Middle East where our current product range is suitable.

The new Eicher Pro Series is being adapted for specific export markets and will have good potential for exporting to countries like South Africa, South East Asia and Middle East. We can also leverage the Volvo Group distribution network for exploiting these markets. Need-based KD assembly facilities can be opened in any country in case there are any restrictions on import of CBUs. Our long- term target is to reach 15 to 20 percent of our turnover.

What is the strategy for increasing sales, market share and revenues in the LMD and HD segments over a 3-year roadmap?
VE Commercial Vehicles has a strong presence in the LMD segment with close to 33 percent market share. We have to continue strengthening our position in this segment. Heavy duty is the largest and fastest growing category that makes it the most important in our product portfolio. It has seen a growth of 35 percent in 2015. We are currently at close to 4 percent market share and see a huge potential for growing further and increasing our market share YoY.

We will continue to add more models. We have released nearly 90 percent of the models in the LMD segment under the Pro 1000 and Pro 3000 series.

We have launched some heavy duty products under the Pro 6000 and Pro 8000 series and are in the process of releasing more models in 2016.