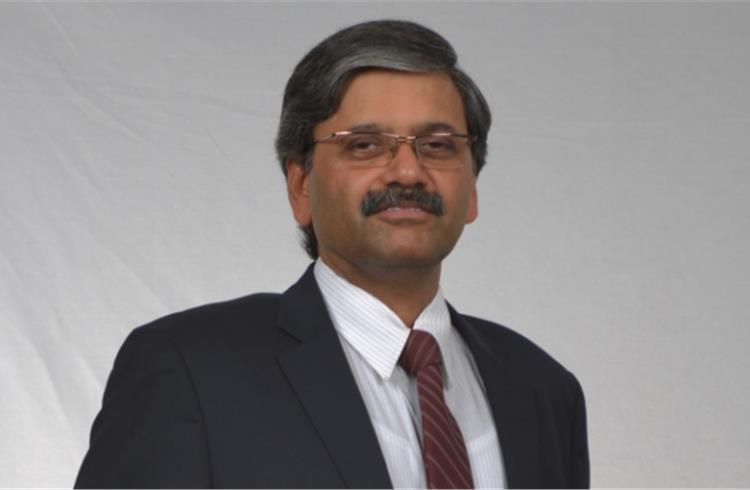 You are the chief engineer for the soon-to-be-revealed Maruti Suzuki Vitara Brezza. It is also the first time an Indian is heading a new model development project for an automobile MNC.  How do you feel about it? What all went into the model development?

It is a matter of pride, not only for me but for the entire Indian R&D team that worked on it. It was an opportunity and responsibility given to the Indian team by the management who felt that the Indian team had the potential to deliver.

The Vitara Brezza becomes an important milestone in Maruti Suzuki’s R&D journey. We have followed all Suzuki’s global model of development processes, testing and quality standards on a given platform. Apart from that, all important decisions on design, technology and features rested with Maruti Suzuki.

Can the upcoming Rohtak facility facilitate testing and validation processes in India?

Yes, with the Rohtak facility we are able to conduct several testing and validation approvals here. We have extensively used the Rohtak crash labs and test tracks for testing the Vitara Brezza.  The vehicle has been completely locally tested, barring a few things like wind tunnel tests and long term endurance rust tests for which we don’t have the facilities here. Earlier all the approvals and testing were undertaken at Suzuki Motor Corporation as our R&D Centre in Rohtak was not available even though the engineering and designing was undertaken in India.

Considering that this is a completely made-in-India product, what will the localisation level of the Vitara Brezza be? How long did it take to develop and how many engineers worked on it?

I am not able to disclose the level of local content at the moment. The project took about 3.5 years to complete as we began work on it in 2012. Around 10 years ago, the Indian R&D team comprised 300 people and now we have a headcount of 1,300 people. However, the head count does not matter; it is the experience and the capability which are important.

What are the highlights of the Vitara Brezza in terms of lightweighting and optimisation of space?

Layouting was a challenge since the Vitara Brezza is a sub-4-metre vehicle. The Indian R&D team had to ensure good seating and sufficient luggage space which we have been able to achieve.

Which were the other major challenges that cropped up while working on this project?

The Vitara Brezza is a compact SUV. We had a strong requirement from the customers that the vehicle should be strong and masculine looking. The Vitara has 16-inch alloys with a very dynamic side profile and was designed at the Maruti Studio. The clay model and reviews were done locally in Maruti. Having said that, we used one of the platforms from the Suzuki portfolio and a common engine and developed it into the Vitara Brezza.

This is the first time we are doing an entire project in India which meant Suzuki did not participate in the project. All the approvals and judgement calls were taken locally. We followed the Suzuki global development process, which is an intrinsic part of our manufacturing so that Suzuki’s overall global quality standards were maintained.

Do you plan to export the indigenously developed Vitara Brezza?

The Vitara Brezza is a global model in all respects but our initial focus will be the domestic market and then we will explore exports especially to right-hand-drive markets. We have the mandate to develop models for Asia, Africa, Middle East and Latin America.

Were there any learnings from the earlier Grand Vitara while developing the Brezza?

No, this Vitara Brezza is different. This is a compact urban SUV, so there is no comparison.

Was any engineering process of the new turbo Boosterjet engine 1.0 direct injection contributed by the Indian team?

The highlight of the new turbo Boosterjet engine is that it is a petrol engine for providing a better performance. It is a step up next generation 1.0-litre engine that has been developed by Suzuki Motor Corporation. We will showcase it at the Auto Expo 2016 next month.