‘Maruti’s bible says if the assembly line stops, it is a sin.’ 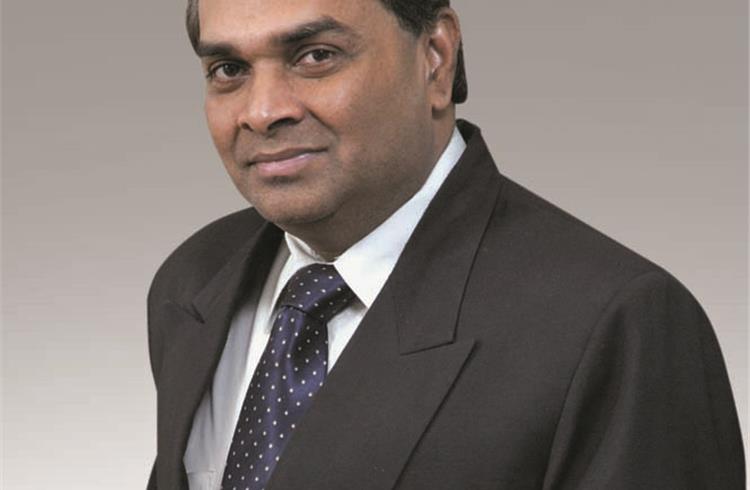 What is the success mantra for a seamlessly functioning supply chain?
The basic factor in a supply chain is that we have to get the right quality product at the right cost and at the right time, when it is required on our shopfloor. This is what we try for in our supply chain and over the years we have been able to master this technique pretty well to facilitate a very lean supply chain in Maruti.

Is imparting training to suppliers an integral element of ensuring quality for Maruti Suzuki?
We have now come up with a new subsidiary called the Maruti Centre for Excellence, which has a group of people who work with suppliers and teach them the lean manufacturing practices which Maruti has learnt over a period of time.
Similarly, they impart them the methods for improving quality so there is continuous work which happens with them. We work on a cluster basis and make sure the improvement happens.

Is the auto industry prepared for a natural disaster like the floods that happened in Thailand a few years ago?
Post that incident we have worked extensively on supplier risk management. Today we have mapped every supplier not only based on his financials, but his operational weaknesses, gone into his supply chain and geographical distribution and where the vendor is sourcing from. Some of our suppliers are also buying components from overseas.
During the tsunami period, the supply of a Mica paint, which was otherwise provided by one of our suppliers in India was stalled, because the pigment for the paint was coming from Japan. We have now tracked the entire supply chain right up to the end for every supplier. In my computer's dashboard, with just a click of a button I can see the strength and weakness of each supplier.

Do just-in-time supplies pay off and how are supplies tweaked to meet a surge of demand, say for the Celerio?
If market demand for a model is high, we are many a time not able to get supplies. If you are not ready with the proper infrastructure of machineries and plant and don’t have enough capacity, then you will definitely face a problem. This happens when you are not able to have a proper forecast of the market.
In the case of the Celerio, we are not able to supply enough quantities of the automatic gearshift system to match the kind of demand that is there in the market. This is because the initial estimates of the market were not correct and the supply chain on this is very long. It encompasses Italy and other European countries like Bulgaria and China; so the components are travelling from Bulgaria to Italy and from China to Italy and then to India, so it’s a very complex chain.
To suddenly improve the overall capacity of the chain is not possible. It takes a little time; maybe over the period of the next 4-5 months, we will definitely improve the chain and are working hard at it.
Indian suppliers are generally used to meeting increased demand because the Indian market is very unpredictable and we are always ready for 30 percent rise in volumes. But with overseas suppliers, this does not work. We don’t work with them very extensively and whenever we do they have a problem in increasing capacity because they may be supplying to many automakers in overseas markets. Hence, when they have to increase volumes, they take a little time.

Is the AMT Celerio facing a six-month waiting period. What is the waiting period for the standard Celerio?
The regular car is available immediately. AMT is provided mostly by the overseas suppliers and hence the issue.

Any plans to relocate the overseas suppliers to India so that the waiting period can be reined in?
We have a plan that over the next one year we will bring AMT manufacturing here in India. Right now it is being supplied by one supplier – MagnetiMarelli– to us from Italy. MagnetiMarelli already has a setup in India where it is producing some other components. The company has already drawn up a plan to come to India with its AMT production line within the next one year. MagnetiMarelli also has a lot of suppliers and its China plant is also producing some components, so the supply chain is complex. Some parts are coming from MagnetiMarelli China, some parts are sourced from different suppliers in Europe and then the final assembly is done at MagnetiMarelli Italy. All that will finally get shifted to India as everything for the AMT is coming from them.

So this will enable the AMT to be leveraged in other Maruti models as well?
Definitely! It will come in many future models.

How does MSIL plan to employ the recently launched new rake of Indian Railways and what benefits is it looking at this year?
We have been working with the Railways for quite some time and we are trying to increase our rail movement more and more. The advantage is that we will have all our vehicles moved from here by rail, specifically for exports. At present, part of it goes by truck and part by rail.

Maruti Suzuki was looking at setting up assembly facilities overseas in the long term. Would that require relocation of your supply chain to those regions?
At present, we ship our cars from India to the distributor in that country who has different dealerships which in turn sell them to the end customer. Even if we assemble the cars there, the same chain can follow. We will require component suppliers in those overseas markets; so we are exploring if some of our parts suppliers from India can go and set up their shops there and at the same time we can get on board some overseas suppliers. We are exploring both options.

What kind of financial support does MSIL give its suppliers?
For instance, they have to make a particular component for which they require a particular tool which has a cost, say, of Rs 3 crore or Rs 5 crore. Today, at any point in time, we are working on 3-4 new models. If a supplier supplies 2-3 components for each model and the total tooling cost is say Rs 6-7 crore for each model and he is working on four models he requires an investment of Rs 28 crore, which is very difficult for him.
So we have come out with a policy that whatever tools will be required by the supplier will be bought by Maruti and will be supplied to the supplier free of cost. Apart from that, if a supplier gets into a real financial crunch we have a provision to extend money on loan. Also, we have gone to some of the banks and negotiated much lower interest rates for our suppliers.
We have recently opened an escrow account in those banks so that our payment to our suppliers goes through that bank. That way the bank is assured of getting its money and they take their part of it and the balance is given to the supplier.

How do you perceive the challenges to a supply chain?
The Maruti supply chain is today pretty matured but otherwise in a supply chain the challenge is to tackle the variability in our environment as the Indian environment is not very steady. There could be waterlogging during the monsoon and trucks will not be able to move or suddenly there could be a transporter’s strike. The issue is how to take care of these factors and make sure your assembly line never stops. Maruti’s bible says if the assembly line stops, it is a sin. Therefore, we always make sure that whatever happens, the lines will never come to a halt. This is done by creating a little buffer inventory in warehouses, creating multiple sources so that if one source is unable to respond, we can source from the other supplier.
We also have alternate suppliers overseas so that if there is a big problem here we are able to get supplies from overseas. We make all these risk mitigation arrangements to ensure continuity of assembly lines.

How many suppliers currently supply components to Maruti models?
Suzuki Powertrain has also joined us because earlier it was a separate company but now even its suppliers have joined Maruti. Today we have around 330 suppliers for all the models. For CNG models, we have gone in for separate suppliers as they require specialised manufacturing and design.

Due to the slowdown, the increased capacity of many suppliers has remained unused. What is the impact?
Some suppliers faced a problem as they had invested but we helped them financially through loans for their working capital requirements.