Davide Borghesi of Mahindra Racing talks about his experience of heading the design & development department, the upcoming engine and parts development facility in Italy, synergies with Peugeot and Mahindra 2W. 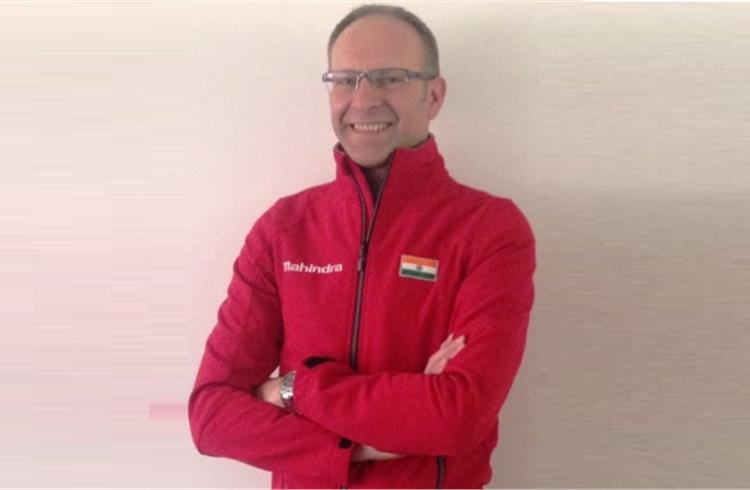 Davide Borghesi of Mahindra Racing talks about his experience of heading the design and development department at the Mahindra-owned racing team, the upcoming engine and parts development facility in Italy, synergies with Peugeot MotoCycles and India’s Mahindra 2 Wheelers and other areas. Excerpts from an interview with Amit Panday.

How is your experience at Mahindra Racing so far? What do you think are the strengths and weaknesses of the bikes currently?

I have been working with Mahindra since the last five years, and my experience has been very positive. This is so because of the great leadership in this organisation. I have spent many years in the past with the other important companies in motorbike racing such as MV Agusta, Aprilia Racing and others. To be really honest, at Mahindra we are very competitive. I think we have what we require to be a winner in the motorbike races in terms of resources.

You have worked with Husqvarna, MV Agusta, Aprilia and almost all the major racing teams. How would you differentiate the support from the parent company at Mahindra, the openness in terms of R&D, work culture and the approach as a whole?

I think it is easier to develop the skills in young people than continue with the old people with the same idea that does not match at length with new changes. So Mahindra Racing allowed me to put up this kind of team, and now we are working well. I have a lot of good experience in developing the tools; we are working to gather as a team.

The experience with Mahindra Racing is very difficult to explain as compared to the past roles. There is more freedom at work in the internal aspects of the racing. Although in the beginning there were some problems but year on year now we are improving our performance and we are step-by-step closing our gap.

There is a lot of talk about the new gearbox that has recently debuted in the Moto3 class. How was this new gearbox developed?

The new gearbox is the perfect example of our hard work in the Moto3 class simply because we cannot just work on the maximum power of the engine. It is a small displacement engine and it’s quite difficult to make any difference. So what we have to do is we have to find some performance in a different area. The gearbox is one of such area because you have more or less the same performance (from the single-cylinder, 249cc engine) and you want to be faster than the competitor by having a faster gearshift.

In this (new gearbox), the shift is not only electronic as it also involves a lot of mechanical parts. Of course, this kind of solution is helping make the gearshifting faster by a few milliseconds, and more importantly, you pay more attention to the quality of the gear and machine. So now with the system available, it has faster upshifting and downshifting, and without any delay. 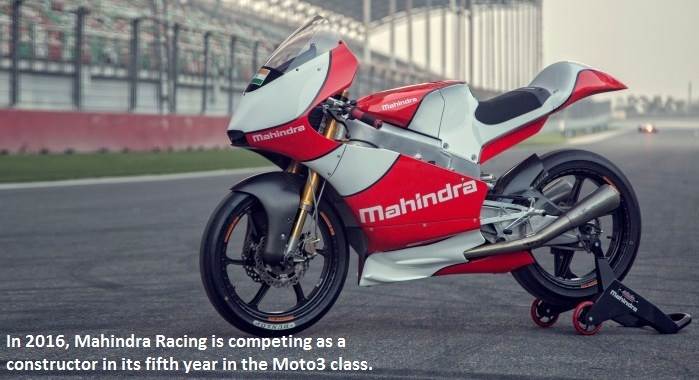 The rider is free to concentrate on the riding and not on the shifting. The quality of the parts and the weight of the components make the shifting faster by a few milliseconds.

We also need to consider that if the gearbox is shifting faster and smoother then the bike also has a more stable acceleration and that is an advantage in our bike now.

How big was the team involved in developing the new gearbox?

The team is not so big because it was developed by Mahindra Racing and a specialist gearbox manufacturer. There are less people but they have the specific skills to design this kind of gearbox. This is the reason why we were able to complete the gearbox and manufacture the prototype in a very short time, which is just four months.

Are these parts also shared with Peugeot?

Is this a completely in-house development?

No, because it was developed by Mahindra Racing together with a company based in the UK that specialises in the development of gearboxes. This saved time for Mahindra as we were short on time.

Would you be able to disclose the name of this company, which helped in the development of the new gearbox?

Yes, the company is called Nova Racing, based in the United Kingdom.

What kind of response did you get from Mahindra 2 Wheelers? Is there any synergy between the racing and two-wheeler departments?

It’s not true that the racing and two-wheeler departments do not share technologies. It’s completely wrong because what is different from racing is the timeline and the cost of the parts. But the vehicles have the same dynamics. We share a lot of information and experience in developing the parts. We share a lot of expertise such as the technicians, software and simulations to make calculations and measurement of performances and developing prototypes. So the people work together in both the areas and most importantly to help each other in our activities. 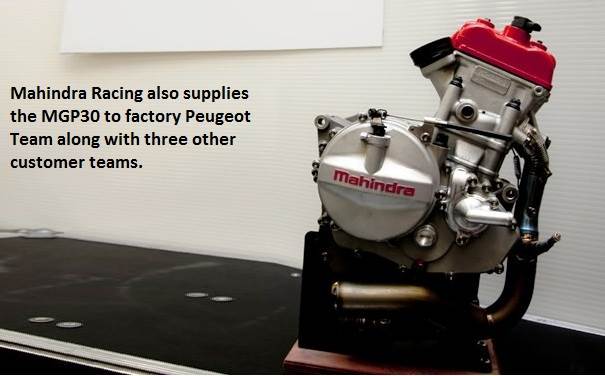 Is there a similar relationship with Peugeot MotoCycles?

Yes of course, Peugeot MotoCycles is a European company that is not so far from us. Yes, this will help in synergies within Mahindra Racing and Peugeot as they also have many years of experience. We can do more things in less time.

What exactly are your priorities now going forward? What are the other areas that you would be working on?

The most important priority is the engine because it is the most difficult part to develop and we are still looking for some performance upgrade in the acceleration area that is now very close to others but still working to improve. The MGP30 is one of the best bikes in the championship but still certain areas can be improved.

(The MGP30 is built on a lightweight aluminium perimeter frame and runs on four-stroke, single-cylinder, 249cc engine. In 2016, Mahindra Racing is competing as a constructor in its fifth year in the Moto3 class. The team also supplies the MGP30 to factory Peugeot Team along with three other customer teams.) There are certain new developments on which I won’t be able to comment as of now. We also want to work in the area of tyres; we want to be able to use the correct preposition, because the preposition determines temperature and grip of the track.

Can you provide details about the new engine and parts development facility which is being constructed in Italy. When will it start operations? What areas will this facility focus on and what is the investment made in setting up the same?

Mahindra Racing’s new engine facility is being set up in the town of Brebbia, close to the existing Mahindra Racing design and development centre in the Varese province of North Italy. The facility will house a state-of-the-art fully dynamic engine test bench sourced from world leaders AVL (Austria), a modern rolling (chassis) dynamometer, workstations to assemble engines, facilities for storage of engine parts for new engine builds as well as rebuilds and an office for engine design and part procurement, to augment the R&D and procurement facility at the main Mahindra Racing development centre. In short, the facility will be able to do everything for motorcycle engine design and development.

While the facility is already partly operational, we expect it to be fully operational by the end of November 2016. As a Group policy, we do not disclose our investments in such programs. 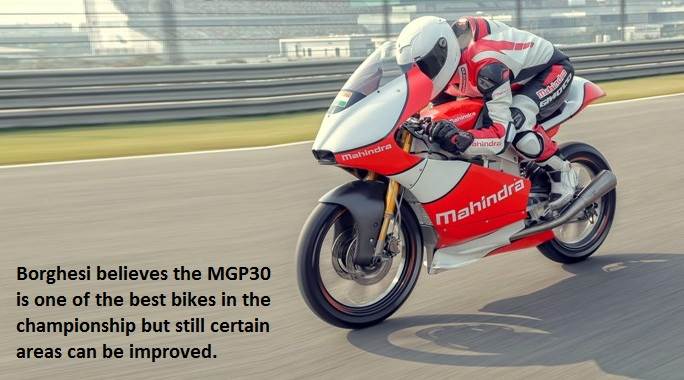 Is the parent company, M&M happy with the new facility?

Yes for sure, and the facility is not only for the purpose of racing it is also be used in engineering and development activities for Mahindra 2 wheelers and Peugeot MotoCycles to develop two-wheelers for the European market. It is possible because Peugeot and Mahindra racing work together on many activities, Mahindra does not overlap or duplicate any technology or design form Peugeot but we are improving our potential by using the synergies.

Will we see you heading the projects for on-road production bikes in future?

Not at the moment, simply because it is not under my control to define that, but I’d like to say that we are ready for that.