‘We’re looking at making the Optare Versa in India.’ 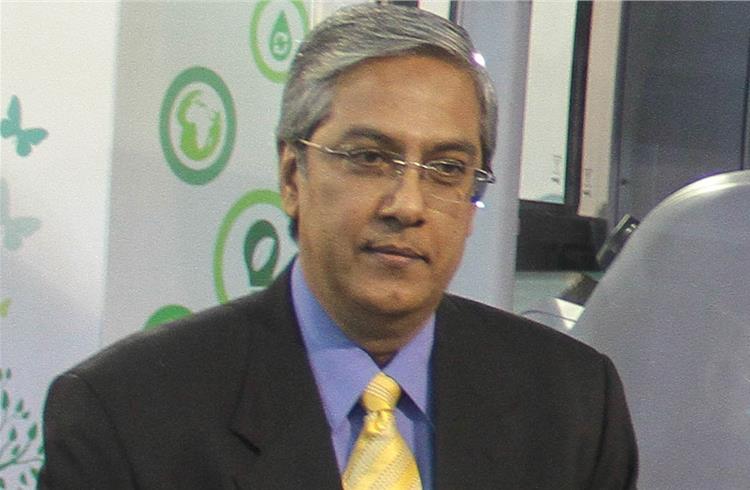 Can you elaborate on the roadmap for the Optare Versa electric bus?
This is a full electric bus that means there is no alternate source of power in the vehicle and there is zero emission, zero pollution and zero noise. So the intent is to create a unique segment and make it more comfortable for that new segment that emerges.

The Versa will be used for tarmac applications at all the airports that are getting modernised. If each airport takes about five vehicles to start with, 30 vehicles could cater to six airports. State Transport Undertakings are also more proactive now and want to modernise their fleet. Each of these STUs can start with 10 vehicles, so it is just a question of working the segment out.

Currently we have not fixed the price as it is a question of import costs, duties and tariffs on imports. Optare makes the Versa in Leeds, UK but we have the capability to make it in India too. Ultimately the government will look at subsidies for anything that is part of the Make in India programme, so we will look at making it in India. It again depends on how soon the government works out its logistics and subsidies. We are ready to do it in the next few months.

What kind of subsidies do you require from the government?
It will be for excise duties, customs imports, vendor subsidies, batteries, support to the buyer, setting up infrastructure, participation in buyers schemes. Between 15-24 months, we will bring it in semi-knocked down kits and then make it in India. We have a plant in Pantnagar that can take advantage of the tariffs. If we can get a 50 vehicle combination, we would have ceded the market well and once people get the flavour the demand will increase.

Who are the prospective customers initially?
We are talking to the Bangalore Transport Corp and Orissa is showing interest for travelling in the Konark temple zone.

How is the latest bus and truck portfolio faring?
Each has created a niche, people have been raving about the driveability of the Boss and the fuel economy and load carrying capacity of the Captain. We will have more launches based on specific applications driven by customers.

Electric and hybrids need some way to go and will gain momentum in 2-3 years. If you see the trend, air-conditioning that constituted 5 percent of the business now is 30 percent. In Chennai, out of 3,780 vehicles that MTC runs, 96 are air-conditioned and of these 82 are on one road; so it depends on the pull of the customer.

Ashok Leyland has a manufacturing capacity of 150,000 vehicles in India and 3,000 units in Ras-al-Khaimah in UAE; we are putting another line to add another 2,000 units there. Optare makes around 500-600 vehicles. We don’t need to expand capacity but will invest in technology partnerships and know-how.

For Optare, we are working with vendors at both ends of the spectrum — with vendors in India to bring down the Versa's cost and with vendors at Optare to give them a base in India and expand their activity here. The idea is to open this out and increase scale to reduce cost.

Right now we are restructuring the company and increasing competence in technology partnerships, knowhow and are open to investments. We are hoping to grow 8-10 percent over this year’s total industry volume. This fiscal we may close flat compared to last year even though the market has been down 20 percent.

What are the new products in the pipeline?
We have done a lot of corrections to ensure that inventories and vendor commitments are suitably restructured. In the LCV segment, the Dost will come in various new variants and a 27-seater MiTR school bus and a 40-seater is also on the anvil. The Partner will also see various variants this year.

This fiscal we have picked up more than 3,000 vehicle orders from Sri Lanka. SAARC is an important part of our business plan for growing the truck and bus segments.

Overseas, we sell right from the UK to Australia, South Africa, Europe and 36 percent of Optare products are exported. In Ras-al-Khaimah, we are planning another bus plant in that region for manufacturing staff buses, luxury coaches and inter-city buses. The second plant will be ready in eight months and has not involved much investment as it is part of the expansion process.