‘Other than India, the Himalayan could click in other emerging markets.’ 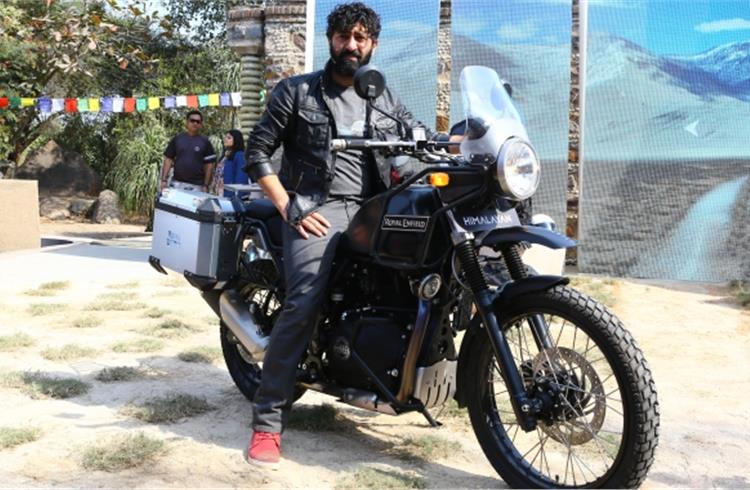 What is the market potential of the Himalayan adventure tourer?

While the Himalayan is a purpose-built motorcycle, it will only see adoption if it does city duty as well. I think it does good city duty. If you want to make a motorcycle which makes business sense, it needs to do that.

The Himalayan is built completely grounds-up and all our energies went into fine-tuning its geometry. In the larger scheme of things, India is the focus for this motorcycle, followed by other emerging markets.

I think, apart from India, the Himalayan has a good shot in Latin America and South East Asia. However, we are still working on whether it has a market in North America and Europe. Obviously, directly competing against existing adventure tourers in those markets is very difficult. If we find the right positioning for it as a light adventure tourer in developed markets, we could give it a shot.

You have tried to keep the motorcycle very simple. For instance, you have gone back to the carburettor. Why?

We have put in a lot of effort to tune the carburettor on this motorcycle and I think the cost advantages made a strong case to opt for it. Customers are not really bothered about what technology we use; they care about the performance and if the carburettor did not do the job, we would have used electronic fuel injection, but in this case it does the job really well.

Do you have a long-term commitment to the adventure touring segment in India? You are launching a product which will create a new segment by itself and it might take time before you start seeing acceptance.

There is no question about it. Our long-term commitment to any segment is that we plug away at it, keep learning about it and keep improving our products. We have had that commitment for the classic models, we have had it for the Continental GT, and you’ll see these motorcycles for decades to come. In our case, we want to be committed to a segment and want to grow it.

You have said that you will come out with another product in 2017. Can you share the timeline for the next launch?

I cannot share any details now, but you will see something new next year and the year after as well. This would be our strategy for the years ahead, something new every year. In addition, there is a tremendous amount of work happening on emissions, homologation and ABS, which will necessitate changes for the company along with the industry itself. Change management is also an enormous part of our future and it takes a lot of time effort and money.

Is lightweighting an area you would be looking at now?

Will engines be a key area for lightweighting for you?

The Himalayan’s engine is much lighter than the existing engine families that we have, so yes there has been a deliberate effort to keep the weight down. The motorcycle has very high level of localisation and almost all the parts have been sourced from suppliers within the country.

Owning an Enfield does come with its own niggles. Have you tried to iron out those issues with the Himalayan as it is a completely grounds-up motorcycle?

We have been putting tremendous time, effort and capital in improving the quality of our motorcycles, the Himalayan has been tested for over two years,
so that we get the miles in and the quality right. In fact, we have delayed the availability of this motorcycle by a few months just so that we could get it to maturity. In the past we were always keen to get the product out, but now we have changed that and we want our motorcycles to mature before we launch them.

Apart from this, now we are also investing significantly in manufacturing and sourcing of components. It has been a great learning curve for us and we are constantly improving.