‘Increasing imports from China into India are the leading challenge for the tyre industry.’ 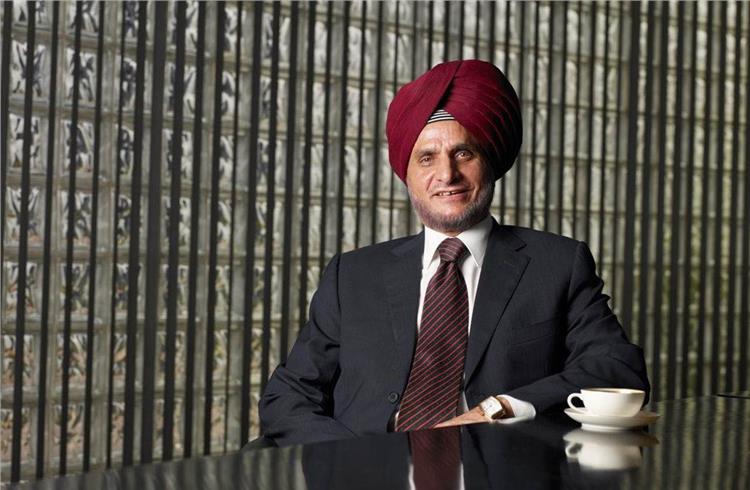 Onkar S Kanwar, chairman of Apollo Tyres, on acquiring German tyre distributor Reifencom, expanding capacity both in India and abroad, entering new markets, and the growing threat to the domestic tyre industry from Chinese imports. An interview by Shobha Mathur.

After the Cooper Tire acquisition fallout, acquiring Reifencom GmbH of Germany recently would bring new growth opportunities to the Apollo stable. What are the synergies that are shared with the German tyre company and how does Apollo plan to leverage its distribution channels and tyre brands?

Reifencom GmbH is one of the largest tyre distributors in Germany, and not a manufacturer. This acquisition will help Apollo Tyres to be one step ahead of its competitors in the largest tyre market in Europe, which is Germany and get closer to the end customer. It will further drive Apollo brand’s entry into the car tyre space and strengthen Vredestein’s distribution through both B2B and B2C channels.

How will the acquisition be funded and what will be the assets that Apollo will take over after this sale?

The 100 percent stake in Reifencom GmbH is being acquired by Apollo Tyres, and the acquisition can be easily funded through internal accruals. We will decide on the optimal funding mix soon. The acquired company operates 37 physical stores across Germany and seven international B2C portals and also sells tyres B2B within Europe.

Can you elaborate on Apollo’s plans to expand its presence in Europe leveraging the Reifencom GmbH chemistry?

Reifencom coming into our fold will not only strengthen our sales and distribution presence in Europe, it will also help improve the visibility of Apollo and Vredestein tyres in both the online and offline retail space. This will also prove to be a starting point for Apollo Tyres in terms of the e-commerce model of selling tyres.

What are the learnings from the Cooper Tire experience that have been implemented in the Reifencom acquisition?

For us, finding the right strategic fit is of utmost importance in any business transaction, which was applicable in both cases. Having said that, we would not like to compare the Reifencom acquisition with the Cooper transaction, as the two businesses are very different, and even the scale of the two are no match for each other.

With further capacity required to meet growing demand in the automotive sector for tyres, Apollo will have to formulate a strategy on whether it will opt for more greenfield sites or use existing sites for further expansion. What will be the company’s roadmap going forward in terms of expansion and investments in India and overseas. Where will further focus be?

Considering the growing demand for truck-bus radials (TBR) in India, we have already announced the expansion of our truck-bus radial capacity in Chennai. The current capacity of 6,000 TBR tyres per day is being expanded to 12,000 tyres per day with an investment of Rs 27 billion over the next 2-3 years. We have also announced the setting up of a greenfield facility in Hungary with an investment of Euro 475 million, which once completed, will have a capacity to produce 5.5 million passenger car tyres and 675,000 heavy commercial vehicle tyres.

Apollo has been looking to grow its export markets. What is the next target?

We have been looking at entering newer markets across geographies. To that extent, we have set up our sales offices in Thailand, for the ASEAN market, Dubai, for the Middle East region, South Africa, Brazil and Australia. These offices, which are being serviced by exports out of India and the Netherlands, are doing extremely well and we are witnessing increased demands from these markets, especially, Middle East and ASEAN region.

Apollo’s R&D base is in the Netherlands. The R&D Centre we understand actively collaborates with the India-Chennai unit. What are the latest developments on this score? Will you require an R&D centre in the ASEAN market as well?

We have not one, but two global R&D Centres – one in the Netherlands, and the other one in Chennai, India. Both collaborate with each other to develop products for each of the markets that the company operates in. There are several things which the R&D teams are working upon; but none of them are in a stage which can be reported as of now.

With the ASEAN market growing, Thailand looks to be the most promising location for setting up a manufacturing facility for Apollo to cater to Indonesia and Philippines. When do we see it materialising?

Currently, we are servicing the growing ASEAN market through exports out of India, and will continue to do so till we have reached a certain amount of optimal size, which will make business sense to set-up a manufacturing unit. It will not be possible to put a timeline or location on that as of now.

How is Apollo planning to cater to the South African market especially after shutting down its Durban operations?

We continue with our trading operations in South Africa, wherein we sell Apollo and Vredestein brand of tyres, which are imported from India and the Netherlands into the country.

What is the strategy to tap Apollo’s upcoming Hungary greenfield facility?

While there is good demand for our tyres, both Apollo and Vredestein, in the European replacement market, our institutional sales team is also working towards establishing relationships with OEs. With Reifencom GmbH coming under our umbrella, it will further help us reach out with our products to the customers in Europe.

How is the company planning to grow its India operations especially in the South?

We have already announced doubling of our TBR capacity in Chennai. After expansion, the Chennai plant will have a capacity to produce 16,000 passenger car tyres per day and 12,000 truck bus radials per day.

What are the technological synergies between Apollo and Vredestein right now and what is the plan for launching new products in the passenger car market both in India and overseas?

The R&D teams of both the companies are now aligned with each other and are working on several new products. In the recent past, we have introduced the limited edition Apollo and Manchester United-branded tyres in the UK, India, Thailand, and most recently in the Middle East and North African market. In addition to that, we have also introduced Apollo Amazer 4G Life, which promises to run 100,000km, in India.

Subdued demand, coupled with increased Chinese imports, continue to impact the domestic operations of Apollo it is believed. Further, dull demand in the European market, price cuts and depreciation in the Euro vis-a-vis the rupee impacted the company’s European revenues. What are the company’s revenue targets in Europe and India? How is it meeting these setbacks?

The increasing imports from China, especially the truck-bus radials (TBR), are definitely a concern not only for us at Apollo Tyres, but for the entire tyre industry and the associated rubber industry. In the July-September quarter, the TBR imports increased almost 100 percent, compared to the same period last year, of which, the economy and Chinese brands contributed nearly 90 percent. While we have taken this up with the government a couple of times, we are yet to get a response to our pleas.

We are working towards setting our revenue targets for the organisation as a whole, including the two geographies separately as well; this will be announced in due course of time.