‘We are evaluating BMW's plug-in hybrid range to see if we can bring something to India.’

Vikram Pawah, president, BMW Group India, on the enduring appeal of the Mini brand, the carmaker's strategy in a tough luxury car market, evaluating hybrids for India as a result of customer demand and lots more. 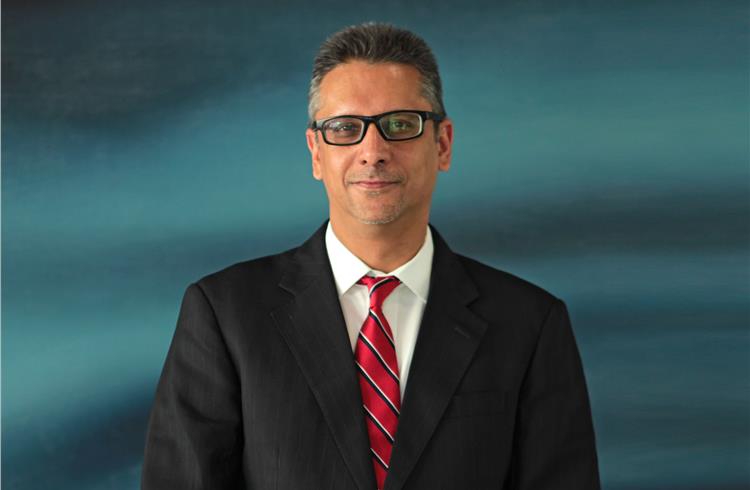 Vikram Pawah, president, BMW Group India, speaks to Sumantra B Barooah on the sidelines of the launch of the Mini Countryman on the enduring appeal of the Mini brand, the company's strategy in a competitive luxury car market, evaluating hybrids for India as a result of customer demand, expanding the BMW Motorrad dealer network, exploring sourcing of new made-in-India componentsfor the BMW Group, and setting up a new vehicle and parts distribution centre this year.

What is your strategy for BMW India this year?
We had announced our ‘Power to Lead’ strategy last year, which is a three-year platform and for 2018, our theme is ‘Simply Unstoppable’.

And, the growth game-plan for brand Mini with the new Countryman?
Mini, as a brand is 50 years old, and an iconic one now. Who would have known that what started off as a car being designed on a napkin by Sir Alec Issigonis would grow into such a legacy. In India, however, it is only six years young, where we have five cars on offer as of now.

Over the past six years, we have been able to establish Mini as a niche premium car brand in India, offering luxury hatchbacks. Last year, sales stood at 421 units with 17 percent growth and Q1 of CY2018 between January to March has already seen 136 units getting sold, bringing in a significant growth of 15 percent. With the new Countryman now getting produced locally, we intend to multiply the volumes for the Mini brand and aim to double the sales at the minimum.

You had suspended the local production of the Mini sometime before. Does the Countryman now resume that?Prior to the Countryman’s launch, the entire Mini line-up was CBU. The all-new Countryman will now be produced locally at our Chennai plant from June onwards, also getting over 50 percent localisation content similar to other BMW models, and that is how we have been able to price the car competitively. We keep looking to enhance localisation to bring more value to our customers.

How is Mini positioned in India and what is the average customer age?
Mini attracts all set of customers. It has got nothing to do with age, rather it has to do with a customer's attitude. Mini has a unique brand identity, with which people want to show their personality, portray a rebel.

Do you think that the current retail network is sufficient in terms of brand reach?
We have five Mini dealerships as of now and we intend to grow it to seven outlets by the end of this year. But, we also have our mobile showroom concept – 'Mini on Tour’ – which is catering to the Tier 2 and Tier 3 towns, which we prefer referring to as emerging towns. The customer in these areas is rapidly aligning to the aspiration levels of those in the metros. So essentially, Mini has a reach in 23 towns in the present retail network.

Moreover, we continuously assess customer response in these areas and eventually come up with proper dealerships wherever we see good customer interest and as and when the volumes grow. Aurangabad and Madurai are a couple of examples, where we opened a proper showroom and workshop last year, after our mobile showrooms kept visiting these regions for a few years in the past. When we saw that there were enough set of customers, we went ahead with the physical outlets.

What sort of car parc do you look at before opening up the outlets?
There has to be some minimum car parc for such decisions to be made, as setting up an infrastructure has to be viable. Between 50-100 existing cars is what we see as a threshold to be able to go ahead.

The luxury car market is getting aggressive by the day. What is the strategy that BMW is taking to battle the tough competition?
For us, being No 1 is not the priority. Rather, growing the market is our crucial target. Let me explain this further. The market size for luxury cars in India around a decade ago was very small, hovering between 2,000-3,000 units. Since we came in 2007, we introduced new products, new concepts and new segments, and BMW quite literally grew the luxury car segment.

Now, if we look at the past three years, there has hardly been any growth in the segment, with sales sitting between 30,000 to 40,000 units, which translates into the share of luxury cars being pegged at a mere 1.02 percent of the total PV sales. What worries me the most is that while a country like Vietnam could also have a 3 percent luxury car market, why should India be lagging behind?

That's where the Power to Lead strategy comes into the picture where we aim at growing the market by leading from the front. We grew by 25 percent last year and have already showcased eight products at the Auto Expo and will launch six more through the year. Our growth in the first quarter of this year stands at 11 percent and our expansion drive will continue throughout the calendar 2018. Also, we are finding more and more platforms to emotionally connect with our customers and apart from driving events, culinary platform happens to be one of them.

What is the idea behind the term SAV?
The core of the BMW brand is joy and joy cannot come with utility, it can only come with activity. And that is the reason why we prefer calling our crossovers SAVs (Sports Activity Vehicles).

On the electrification front, BMW has the i8, and Mini also showcased an electric model in the UK recently. Given that India is now heading in this direction at a regulatory level as well, what is your strategy towards electrification?
BMW Group has set it clear a long time ago that electric is a part of our agenda. We cumulatively sold over 100,000 electric vehicles around the world last year, which came in from combined sales of plug-in hybrids and pure EVs.

While we have a plug-in hybrid option on the 7-series as well as on the 5-series sedan worldwide, our i3S, which we showcased at the Auto Expo, is a pure electric model and is going to be launched later this year in India. We will also bring in the i8 Roadster this year. As far as plug-in hybrids are concerned, we launched the i8 in India three years ago in 2015, when no one else had come up with such an offering.

With regard to pure EVs, we cannot make any plans till the time we know what is the roadmap for the charging infrastructure. Once we get to know this from the government, then only we can make a concrete strategy.

But that doesn't mean that we are going to sit quiet. What we are doing is we are evaluating the plug-in hybrid range within our portfolio and gauging if we can bring something to India. I know that the government is presently not giving any incentives to plug-in hybrids, but there has been a lot of demand from our customers who want to move to environment-friendly vehicles, and we have to listen to our customers first. We will announce as soon as we finalise what model we bring to India.

You have stepped up activities at BMW Motorrad. What's the update there?
Last year is when we officially took over from our importers, set up our own organisation in India and started setting up our own network. While we have seven outlets as of today, we aim to grow it to 10 by the end of this year.

In terms of the product offerings, we initially introduced 12 models from our global line-up through the CBU route. We already announced at the Auto Expo to include two more products – the midsize 750GS and the 850GS – which will be brought in this year. Also, more importantly, as part of our expansion exercise, the locally produced GS 310R will also be available in the country shortly. So, all these models will together go on to increase our volumes and we are eyeing significant growth in the coming times.

Compared to sales of 252 units between April to December 2017, this year we have already sold a 100 units in the first quarter of 2018. This gives a clear indication towards our upcoming growth.

The other step up is your IPO in India. What is happening on that front?
We are always focusing on India, looking at how the country is growing as a global economy and how it can play a bigger role in BMW’s global business. A lot of parts on BMWs globally today are going from India. For instance, every 7-series on sale around the world has a part being procured from India. So, there is a lot of attention on India and a lot is happening in this regard.

Where does India stand in BMW’s overall scheme of things?In terms of volumes, India is still very small compared to the rest of the countries, and even though it just surpassed Germany to become the No 4 car market, the size of the luxury car market remains very small. So, from a volumes perspective, we are still behind in the complete BMW picture. But, from a future strategic point of view, India is at the top-most spot. It tops in terms of growth as well as the future potential it offers. And this is also why worldwide products are being introduced in India in quick succession to their global introduction.

You have partnered with Force Motors for localised engines. Do you now further see the need for fresh investments in the near future?
We tied up with Force Motors to localise our engines and bring more value to our customers. With regard to investments, yes absolutely, there is a need to invest. In fact, we only increased the investment last year to US$ 12.5 billion. In terms of physical capacities and plant investments, we already invested in our plant when we expanded it ahead of the demand. So, we currently have enough capacity to cater to our current and future product plans.