‘As we have a good backlog of STU orders for buses, our growth will be higher over the next six months.’

Vinod Aggarwal, CEO of VECV on introducing 3 new M&HCVs, supply of buses to STUs, exporting 5- and 8-litre engines to the Volvo Group and why the vehicle scrappage policy will pay dividends to CV makers. 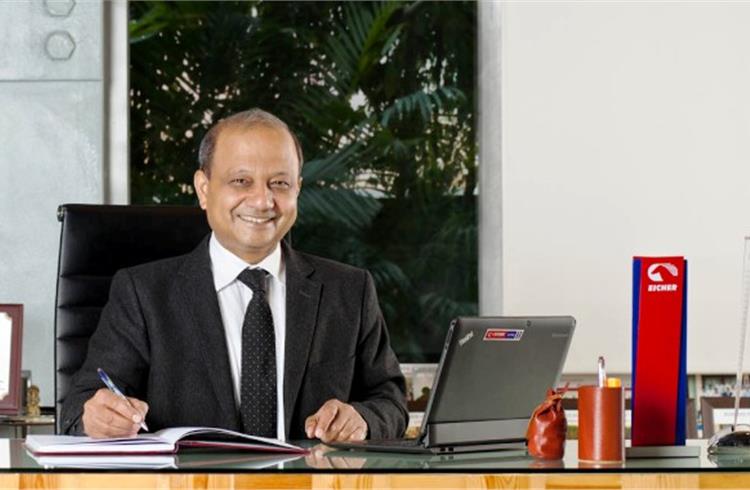 Vinod Aggarwal, CEO of VE Commercial Vehicles on introducing three new M&HCVs, the supply of buses to state transport undertakings, exporting 5- and 8-litre engines to the Volvo Group and why the vehicle scrappage policy will pay dividends to CV makers. An interview by Shobha Mathur.

VECV has recently entered the sub-5-tonne truck segment. What is the company’s roadmap for the future?

Over the past couple of years, we have come out with a new range of products that have incorporated Volvo Group technology and been adopted in a frugal manner. In the first four months of this fiscal year, we have introduced three new products. We have also come out with the 4.9-tonner or the sub-5T truck and a number of variants. More are to follow.

At present, we have introduced one model in the sub-5T category, which competes with the Tata 4.5T truck and don’t have any plans for further additions right now. We will grow in this segment as we have started selling 125 units of this truck a month. This will give us more confidence if we have to take up this specific new platform development.

Will you be tapping a still lower segment as well? Alternatively, what is the maximum tonnage you can harness?

What about the bus segment? Have all the buses been delivered under the earlier JNNuRM scheme?

We have given buses under the new urban model specifications of the Ministry of Road Transport and Urban Development Ministry under the erstwhile JNNuRM scheme including technologies such as the intelligent transport system, and geo-fencing in our buses for Indore city. Now we are working on urban specifications II under AMRUT that will have more advanced features. They will be largely for city buses but the technology can be adopted for school buses as well.

So far no tender has been floated under AMRUT or money earmarked for bus purchase by state transport undertakings (STUs) under the scheme. But we have very good carry forward of orders for buses based on which we are supplying buses to various STUs. We have a backlog of over 2,000 orders that form part of the normal STU purchase and cover the states of Andhra Pradesh, Karnataka, Gujarat and Maharashtra. 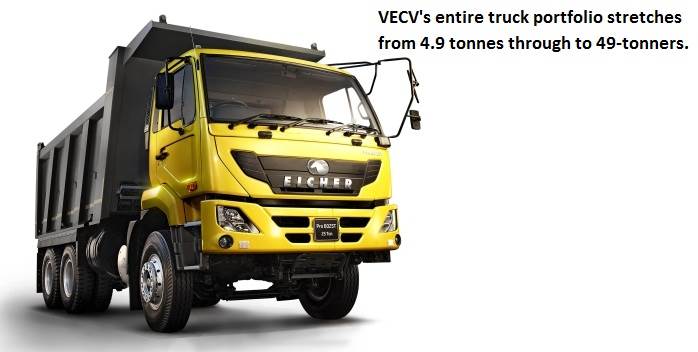 A lot of engine development was happening at Pithampur with engines being exported to Volvo globally. What is the status on that?

We are already exporting Euro 6-compliant base engines to the Volvo Group.

About 1,500-2,000 engines of 5.0-litre and 8.0-litre displacement are exported every month and the same engines have been adopted for our heavy duty trucks – Pro 6000 and Pro 8000 Series – and made compliant with BS-III and BS-IV emission norms. We will have to adapt the Euro 6 engines for BS-VI emission norms when it is enforced; that will entail massive work. The Indian need is different and duty cycles are also different, so we will have to undertake a lot of work on after-treatment, testing, developing the right software as well as tweaking the fuel injection system.

Yes, work (on this) has started at Volvo Eicher and we will be ready before time with the product. Though the full cost has not been assessed as it is still in the work in progress stage, we will get a full hang of it as we move along. Investment towards making Indian engines BS-VI-emission compliant will be made over a three-year timeframe and will involve a big outlay.

Can you elaborate on the transmission and new technologies roadmap?

We already supply the i-Shift AMT to Volvo Trucks. It will take (Indian buyers) time to move to the fully automatic transmission as it depends on customer needs. Automatic transmissions are very advanced but even with AMT, fuel efficiency improves by 5-10 percent; it is much more productive and easy to drive than a manual transmission.

In terms of new technologies, electric and hybrid buses will come next and we are already working on them. We had displayed these buses at the Auto Expo 2016 including the sleeper coach. It is difficult to say when they will be introduced due to the cost factor but we will be ready with the technology and rollout will depend on the government policy. Next year, we will be ready with our hybrid buses though electrics will take some more time. 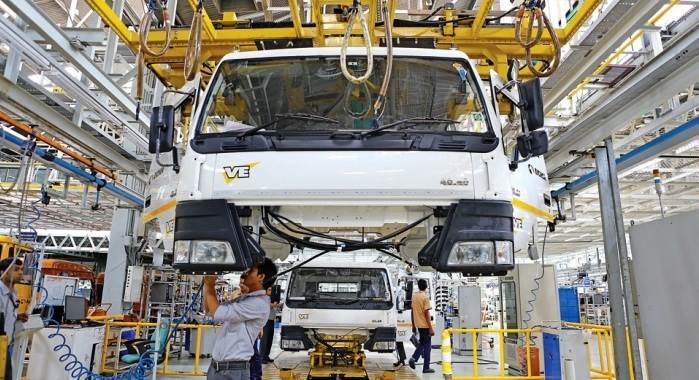 In telematics, we have introduced the advanced Eicher Life fleet management service that involves not only vehicle tracking but also uptime management and fuel management. Customers can track the fuel efficiency of the truck by monitoring the truck's movement and can also get signals on maintenance requirements. These features are provided in our Pro 3000, Pro 6000 and Pro 8000 trucks.

All our trucks have the anti-lock braking system as part of safety requirements. The speed limiter is also mandatory and all our trucks are validated from various safety angles including the cabin for crash norms.

The road and transport minister has spoken about a scrappage policy being in the pipeline for vehicles including heavy vehicles. What is your response?

How favourably will GST impact sales of commercial vehicles?

It is a very good move and we have been waiting long for it. It will improve efficiencies and productivity, and also encourage the hub-and-spoke model as there will not be any state barriers. Now there can be very good distribution hubs and we don’t need to have depots in each state. There will not be any cascading effect of taxes and all the taxes that are paid at various stages of manufacturing will be set off, that will bring down overall costs. We now have to talk to all our suppliers, understand the benefits that they are going to get. They will have to pass on that benefit to us and then we will consider passing that benefit to the final customer.

The sub-5-tonne or the LCV segment has seen an uptick in growth after nearly two years. What are your comments?

We have not made any major investments in this segment so it is an additional volume for us. We have adopted our existing platform for our 4.9-tonne truck. We earlier had a 5-tonner, so we changed the tyre size, driveline, gear ratios, the rating of the engine and adopted it for the new model. While it does not have a new engine or cabin, it is a new truck and a smaller vehicle.

What is VECV’s sales forecast for FY 2016-17 especially as its bread-and-butter M&HCV segment has shown a decline last month?

July and August are monsoon months when sales are down, so we are waiting for the festive season. Overall, I expect the market will grow this year. In the first four months of this fiscal, M&HCVs especially heavy duty trucks have grown by 10 percent in the 16T and above category including the drop in July. But in the full fiscal, they will still grow by 10-15 percent because we will have some pre-buying for meeting BS-IV norms that will come into force from April 2017. Meanwhile, during the same period, 5- to 15-tonne trucks have experienced a growth of 14 percent but they are still far away from the industry peak size of 105,000 units notched in 2011-12. Last year the industry size was 72,000 units, and we are expecting that this category will have a growth of 15 percent this fiscal. 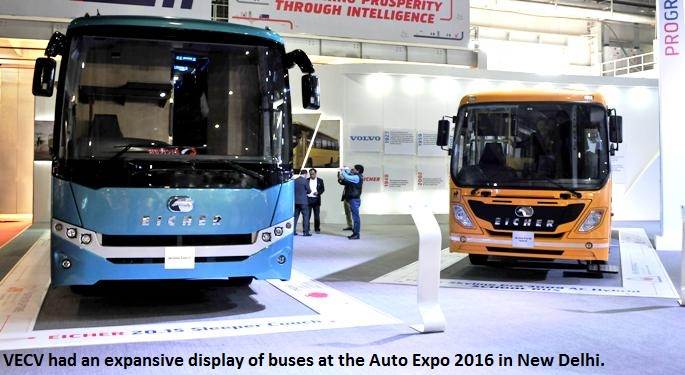 What is driving growth in the M&HCV segment?

Firstly, the economy is performing well and the monsoon has also been good this year. In the past, after the recession, there was a lot of pent-up demand, replacement demand and infrastructure that drove growth. In the first four months of this fiscal, construction tippers have grown by 30 percent so infrastructure is leading the growth, e-commerce has also led to a lot of growth with new supply chains and white goods movement as well as CNG-led demand. The NCR diesel ban also led to more demand. Due to the diesel ban on more than 10-year-old trucks in Delhi, the capital was entirely run by CNG trucks and we have a CNG portfolio.

However, the bus market has not been doing too well?

For heavy duty buses, 50 percent demand comes from STUs and these are yet to take off as government assistance is yet to be received for bus purchases. If the peak for heavy-duty buses in 2011-12 was 36,000 units, last fiscal it was only 24,000 units and this year it is flat with no growth. In smaller 5-15T buses, we are already at peak levels; last year the industry size was 42,000 units, and in 2011-12 it was 35,000 units led by growth in school buses. This year in LMD buses, growth has been just 4-5 percent. In HMD buses too, the growth has been marginal so overall growth is down.

I think STUs will have a good programme of bus purchase in the second half of the financial year. We have a good backlog of STU orders for buses, so our growth will be higher over the next six months. The Seventh Pay Commission arrears will also lift the economy and facilitate more movement of goods.

How do you view the factors that pulled down the LCV segment over the past two years?

The LCV market is affected by monsoons, good rural income and crops. I don’t see a major constraint in finance as HCVs drop first and recover first. LCVs drop later and recover later. There is always a time lag. This year, the 5- to 15-tonne segment is growing better than the heavy duty segment. In terms of sales projections last year, we sold 52,000 units and in this fiscal’s first four months we have grown by 30 percent. So, overall growth should be in the range of 15-20 percent.

We have exported 3,000 trucks and buses between April-July 2016, growing by 62 percent year on year (April-July 2015: 1,800 units). Some overseas markets like Bangladesh, Nepal and the Middle East are doing well and we have exported good numbers to these countries. Africa is down as they are experiencing currency related issues.

Our first focus is to increase our presence in Africa, where we have started a marketing company there recently and will start selling shortly in South Africa. South East Asia will come next as there is a large market in Indonesia and Vietnam.

Will you look at setting up an assembly facility overseas?

We have third party assembly facilities in many countries like Kenya as it is mandatory in some countries but we will not set up our own assembly.

This interview was first published in Autocar Professional's September 15, 2016, issue. To book your copy click here