‘We can get the ABS price-point to a level in India where people can afford it.’

Sandeep N, Head of Two-wheeler Business, Bosch India, on how mandatory ABS and other initiatives in India have the potential to influence other emerging markets. 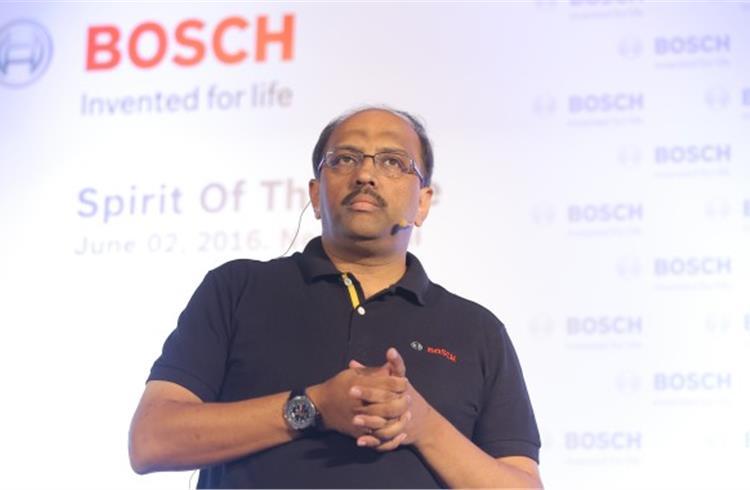 Component and services major Bosch expects its India operations to contribute more than one-third of its global Two-Wheeler & Powersports business by the year 2020. Sandeep N, Head of Two-wheeler Business, Bosch India, speaks to Shobha Mathur, on how mandatory ABS and other initiatives in India have the potential to influence other emerging markets.

Other than ABS, what are the other safety features that Bosch is looking at developing for the Indian two-wheeler market?

ABS or anti-locking braking system is the starting point. We can either have a single-channel ABS or a twin-channel ABS, depending on how heavy a motorcycle is. At the next level, we would have to have traction control that is a step up from ABS and the next step would be a motorcycle stability control (MCS) which really takes care of the bike’s alignment. These are the three steps that we are in.

In the mature markets we are already working on them with most customers but in India, we start this seeding with the ABS and then move up the value chain.

Continental Automotive is also working on the single-channel and twin-channel ABS for two-wheelers for India.

Yes, they are also working on it. Bosch brought the concept and technology of one-channel ABS into the market and we believe this would be an appropriate solution for the kind of huge market in India. 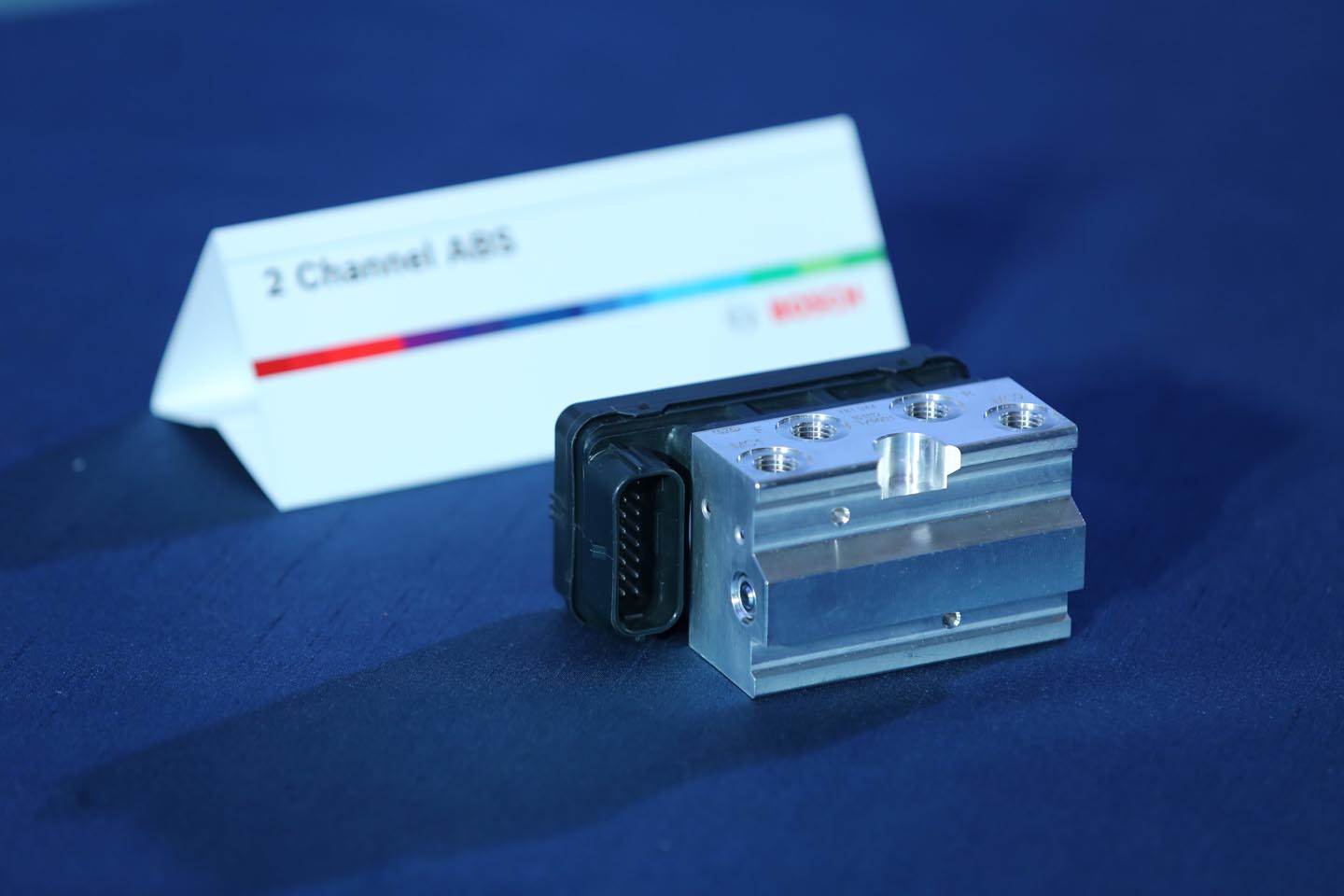 By when is Bosch looking at mass application of ABS in two-wheelers in India?

If we strictly go by legislation, it will be mandatory on anything above 125cc new models from April 2018 onwards. Beyond April 2019, it is mandated for all two-wheelers. I would say 2019-20 would be a reasonable time for us to say there will be more applications for above 125cc two-wheelers for ABS.

How affordable can ABS be made for the India market to ensure mass usage?

At the moment we are in discussions with end users and OEMs to see what would be the affordable price point for ABS but should legislation come then, you are talking about 25 million bikes that are potentially exposed to ABS. I am sure we will get to an affordable price point. There will be a technology price impact of course, but we can get the price point to a level where people can afford it.

Do you see any potential for airbags as a safety feature in motorcycles in India?

In the developed economies, we already have airbags and in fact, have airbags even on the riding kit. In India, we are not averse to that but we really need to check the usage. In India we have to take everything appropriately, we cannot take a used case in Europe and say this is the way it is also applicable in India because the usage case in India is completely different.

On the localisation front, what will be the way forward to indigenise electronic components as India is still a laggard in this sector?

We have something called the International Production Network (IPN) in Bosch. If we decide to localise a product in India, it has to meet the same standards as done anywhere else or any other plant in the world.

We are talking of comparable technologies and in electronics, it means semi-conductors and pre-moulds that we buy out of the world market. So it is not that everything has to be localised in India. The low- hanging fruit in localisation is assembly and we do that; electronics we buy from the world market and in all the other plastics and aluminium components we have been in India for too long, so we can do that.

The other Indian legislation that is in the pipeline relates to emissions. How smooth a transition will it be for Bosch to develop components for transiting from BS-IV to BS-VI emission standards for the two-wheeler segment?

From making a software algorithm to a system engineering capable of meeting BS-VI norms, we are very confident as we already have projects that are in development for Euro 5 now in Europe, that is nothing but BS-VI. But this has to be complemented with engine development as well, not that Bosch can just make that happen as there we have certain challenges. So it is a joint effort but we have 4 years’ time.

Is a retrofit possible to meet BS-VI emission norms on a bike?

A retrofit would be extremely complicated, for the rest there are areas we are investigating but at the moment, I would not like to comment on it as it is a complicated process.

In two-wheelers, we don’t have an issue in moving to BS-VI as there is no diesel option but we have to throw the powerator out – the capacitor discharge ECUs that they traditionally have, and have to replace them with a better controller, fuel injector and a host of sensors. So it’s not just a change in the engine itself but you need to have several sensors as well.

Bosch is looking at making India a centre of excellence for emerging markets. What is the company’s roadmap in this direction?

We have had a software-hardware development facility in India for the past 20 years, predominantly working on control systems for emerging markets on the automotive side. We have close to 20,000 people working there.

Our objective is to leverage that and bring it into the two-wheeler domain as well. In addition, we have developed systems engineering capability to take care of the ASEAN markets and India and have also tried and developed component platforms in India that can go into those markets. That is the philosophy – we see the potential of taking out what we develop for India to emerging markets as well. At the moment, we are talking about engineering but in the future if there is synergy in production we will investigate that.

You mentioned that by 2021, about 80-90 percent of the production of two-wheelers will come from India, China and Thailand. Can you elaborate on this?

ASEAN countries, India and China put together will contribute close to 90 percent of the two-wheeler production. In terms of what they expect in two-wheelers, we see more synergy between ASEAN countries and India as China is a very different market because they have a lot of e-scooters there, battery operated, very cost effective cheap scooters. So between ASEAN and India, it’s the same kind of a scooter.

Do all these market possess advanced technologies in two-wheelers?