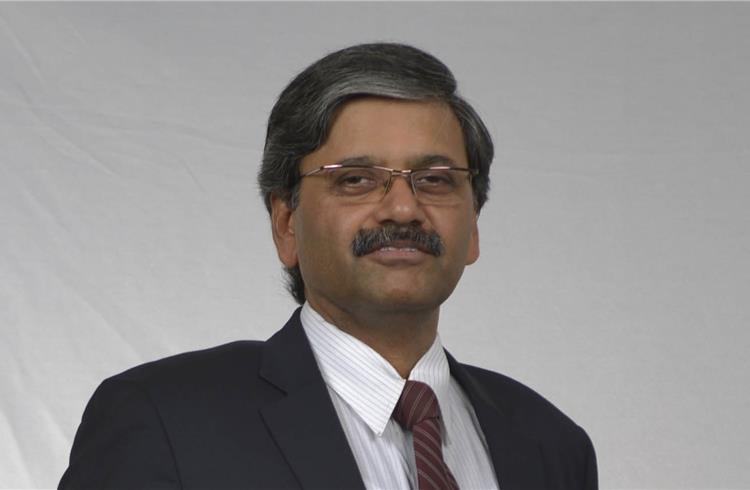 C V Raman, Maruti Suzuki India’s engineering head, speaks to Sumantra B Barooah on the development of the world’s smallest diesel engine (the DDiS 125) for a passenger car, the Celerio. Excerpts:

How long was Maruti Suzuki working on this project (two-cylinder, 793cc diesel engine powering the Celerio)?
We have been working on this for the past four-and-a-half years.

It is a totally localised engine but how would you describe the inputs that came from the team in India and those from Suzuki, Japan?
In the development of this two-cylinder diesel powertrain, the acceptable requirements and the benchmarking were conveyed by the India team. On the other hand, the design and engineering work was done by Suzuki, Japan. The efforts that went in localising the development of this engine were done jointly.

It was predominantly in India because the localised sources have to be developed here, the part approvals and things like that. And, of course, we had to do a lot of extensive testing because street validation is required for diesel vehicles.

We needed to ensure that it works in all types of fuel (BS III, BS IV). We tested the engine with all grades of fuel (diesel) that you have all over India. Powertrain testing included high altitude, hot and cold temperatures.

While the localisation of this engine stands at 97 percent, what engine parts are imported?
There are hardly two or three parts that are imported such as a casting component and chain drive and others.

How many suppliers in all were involved in the development of this diesel engine? And, how many of them were from India?
I don’t know the (specific) number of suppliers but the total investment that went into producing this engine was Rs 900 crore, which includes the investments made in-house as well as on the supplier side.

How did you manage to develop such a fuel efficient engine (27.62kpl)?
The key point was that we wanted to make it compact, so we decided on a two-cylinder format for this engine. Then we went in for a lower compression ratio which is 15.1 for this diesel engine. Also, we went for a better and efficient turbocharger.

Lightweight components were used such as the aluminium block, thermal efficiency improvement, friction reduction, low piston rings and a number of similar steps were taken to boost overall fuel efficiency. We also have a new transmission, gear ratios are changed, they are optimised, a lot of calibration went into the development. We had to ensure good driveability.

Is it a specially designed turbocharger in terms of size and capabilities?
Yes, it is an optimised design for us. We got it developed from BorgWarner and manufactured locally by Turbo Energy (Rs 8 billion company engaged in manufacturing of turbochargers, also a JV between Brakes India, Sundaram Finance and BorgWarner Turbo System).

This engine has started with the Celerio. Will it go in other models as well?
At this point of time, this is what we are envisaging. We have to see how this performs in the market. The possibilities are available.

Last year, Mr RC Bhargava had mentioned to us that even though the market was shifting back to petrol cars, there still was a lot of scope for Maruti Suzuki to tap into the demand for diesel cars. This step (Celerio diesel variant) reflects that vision. Should we expect more diesels from the company in its portfolio?
Yes, we would like to but there is no plan as such at this point of time.

Can the AMT be compatible with this diesel engine?
Technically, it is possible. But then again, we will have to integrate it and we haven’t thought of it because right now we are not able to meet the demand for the Alto K10 and the Celerio itself. So once the capacity goes out by the end of the year or the beginning of next year, we can think of other models.

What do you mean by a compact fuel distribution system for the DDiS 125?
It doesn’t have the common rail because it is only for two cylinders. So it is specially developed for this kind of an application. There is a small block from where the fuel is kept at 1400 bar and it is metered to the injector thereafter.

Is there a difference in the refinement level of the two-cylinder diesel and the 1.3 MultiJet engine?
Yes, two cylinders is always tougher as you require a balanced shaft. You’re required to control the NVH (noise, vibration and harshness). EGR cooling is there, which is used to make sure that emissions are also in control.

When you are doing all these things, you also need to control the emissions, which become a challenge. We also had to change the intercooler, which was much bigger, so that we can get more air into the system.

When you developed this engine, did you also keep in mind about progressing into the family of diesels from Maruti because this is the first in-house-developed diesel engine?
This 793cc diesel engine is not a modular platform. We will have to see if there will be future requirements.

Will the Celerio diesel also be exported?
Diesels are not much for exports. This model is basically made for India and made in India. Wherever there is a requirement, say in South America or South Africa or other countries, it is always there. But that is a bit tough. Besides Europe, there are not many markets for diesel cars.

What is your whole outlook in India about diesel versus petrol cars? Do you see a good scope for diesel cars in India?
There are many people who still want to buy the diesel model irrespective of whether they travelling long distances – 2,000-2,500 kilometres a month – or not. There are still many people who want to buy a diesel car.