With the Tigor EV, Tata Motors is keen on spreading the message of electric mobility more aggressively. 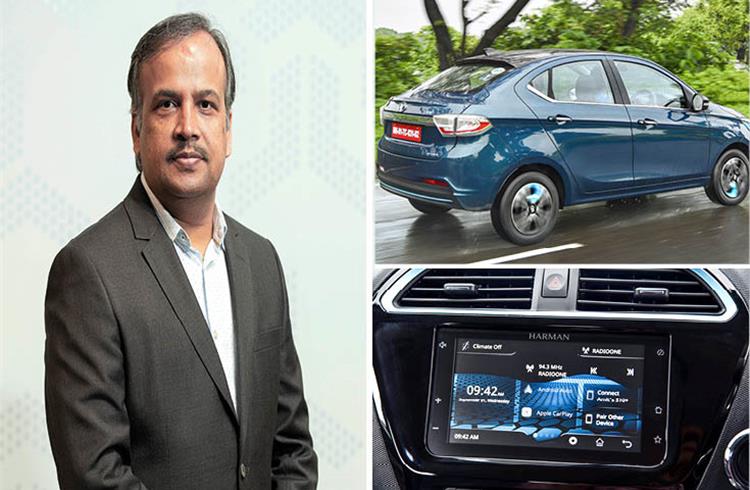 Anand Kulkarni does not buy the argument that electric vehicles are only for a select few in India.
“When we began to look at the key markets for the Nexon EV prior to its launch, mature cities like Mumbai, Delhi, Bengaluru and Hyderabad figured on top but surprisingly, the demand has come from Tier 2 cities also,” says Tata Motors’ Vice-President, Product Line, Electric Vehicle and ALFA Architecture – Passenger Vehicle Business.

Citing the case of Maharashtra, it is clearly a no-brainer that Mumbai and Pune are important markets for EVs but strong demand has also been coming in from Kolhapur, Sangli, Aurangabad and Satara. More importantly, says Kulkarni, people from these cities have been asking, ‘Why does my city not get an EV dealership?’

Clearly, the desire to own the Nexon EV came as “a real surprise” and this is what prompts him to reiterate that as far as India is concerned, “we are more ready as a market than what we think we are”. It is this faith that has prompted Tata Motors to recently launch the Tigor EV with a slew of other electric models due to follow between now and 2025.

“There are adjoining cities which are 250-300km away from the metros where the Nexon EV is sold. Many people are using these cars to commute up and down at least on a weekly basis and occasionally even more,” says Kulkarni. The challenge for Tata Motors was to push the envelope more aggressively and see if electric cars could emerge as the sole vehicle of choice in a family.

From the company’s point of view, this was possible with “some degree of planning and support” to make the EV a compelling proposition. After all, there was a case of a customer who had done a 700km drive from Hyderabad to Visakhapatnam in an EV. “Sure, it needs planning to recharge but it is not entirely impossible,” he adds.
Fast forward to the new kid on the block, Tigor EV, and the second product based on the Ziptron high-voltage architecture which assures performance, safety and protection. “It is built on a lot of the work we had already done with the Nexon EV where we have sold over 6,500 vehicles,” says Kulkarni.

Sedan impact
This “data of richness” has come together in the Tigor EV which strives to combine the comfort of a sedan with the power, performance and refinement drive of an EV. It also offers a choice to customers of a different body style and a more accessible price point as compared to the Nexon EV.

“This is a product which we believe will drive further penetration of EVs into the country,” he says. It has also incorporated a lot of valuable lessons based on customer feedback to the Nexon EV. In the initial few days of the Nexon EV, there were “questions, doubts, anxieties” but as it happens with a lot of new tech/age products, “there has to be phase we need to allow for adaptation” where people must use the product in order to find out how it behaves.

After the first 3,000-odd vehicles, this “sort of settled in” and users of the Nexon EV began to realise that while the anxiety relating to range and charging infrastructure was valid to a certain extent, there were ways and means to work around them. In the meantime, they noticed the model’s positives like its super-refined drive, noiseless traction and the comfort which was “something incomparable”.

Wallet- and eco-friendly motoring
According to Kulkarni, as people got over these fears, they started realising the other hidden benefits like total cost of ownership — the running cost of an EV is lower by at least five times . . . it is Rs 1.25 per kilometres whereas on an ICE (internal combustion engine) it is at least Rs 7-8 per kilometre, and given that fuel prices are rising so quickly, “the case only becomes stronger for EVs”.

Working on the Nexon EV also imparted a lot of valuable lessons to the engineering team from the viewpoint of customer requirements. The team “always wanted to do” the single pedal drive because that is how EVs can be generally configured. “We thought we had reached a certain degree of achievement with this and during our drives in the city, we knew how to adapt to it,” recalls Kulkarni.

However when this was in the hands of a customer who was used to 20-25 years of ICE driving, it did not adapt as easily as what the company would have wanted. People were more tuned to the car coasting more freely as compared to one decelerating on regeneration where it would try and recover as much energy as possible.
Two, while this was good enough for city driving on the highway, users wanted more free rolling cars — “it is not good to put the car in neutral at all times because you are compromising on safety”. This was one of the initial feedbacks that came in and the engineering team quickly worked on the issue, looked at the patterns people were driving in and actually reduced the amount of regeneration provided. Consequently, the Nexon EV “started to fall in the zone of people feeling that this drives like an ICE car”. And since it adapted to their driving patterns, it also started yielding better range values.
As a first/debut offering, Kulkarni and his team were also concerned about the safety of the battery pack. There is a chiller within the car which cools the compartment and keeps the battery at an optimal temperature. After a lot of data crunching, they found out that it was possible to divert some of the energy into an algorithm which “sort of assured cabin comfort” under the most trying climate conditions.

All these changes were incorporated very quickly into the car and resulted in a “great deal of satisfaction” to customers seeking these changes. “We had these extended to the Tigor EV which now starts off with all that development experience and all those rich protocols / procedures / strategies which are already built into it from Day 1,” says a visibly pleased Kulkarni.

There was a lot of work on the battery and its placement too in the Tigor EV. As he puts it, when one takes it “too much in the rear”, it changes the weight balance of the car. Likewise when spread under the floor, there could be ground clearance issues, which become pronounced in a country like India.

“We had to do a lot of work in terms of how the battery was going to be distributed. This is a battery pack that has been split into two. It is not a very conventional solution but something that our team has done very well,” he explains. There were also issues on how the cooling of the batteries should be done and how much floor had to be given to each of them so that they were optimally controlled.

“There were a host of challenges but eventually we made sure that the car not only has a 50:50 weight balance — which is great from a dynamics perspective — but also had a good enough range to meet the conditions that we wanted to,” says Kulkarni .

The other reality that had to be factored in was that the addition of the battery increased the mass of the Tigor EV by roughly around 165-170kg since the battery itself is 250kg. Some of this was offset by removal of the engine,  gearbox and exhaust systems but the battery weight still made up for this absence.

“When you have extra mass and you are striving for a safe car, you need to make sure that the front structure is capable of absorbing the impact well,” he says. The team had to carry out a separate exercise and ensure that the crash impulses were “absolutely correct”.

More importantly, there were fears on what would happen in the event of a rear impact. This is where a special structure in the rear of the car plays a key role in ensuring that the crash impact does not transfer to the battery and makes it “absolutely safe” from all four sides.
“It was quite a challenge in converting a vehicle of this format into a credible EV and this is what the team has succeeded in pulling off over the last 24-odd months,” says Kulkarni while dwelling upon the Tigor EV’s development journey .

Today, all sub-four metre sedans in the country are pretty much identical in their dimensions be it the engine, power and torque — given their mass balance, they have a 0-100kph acceleration of 15-16 seconds. On the contrary, he continues, the Tigor EV does that in 13.5 seconds which is nearly two seconds faster than the best sedan. It is also faster in the 0-60kph sprint. It also has a sports and drive mode where the latter is good enough for intracity applications; beyond that, the car has a performance pack to it when switched to the sports mode.

“You will then realise the power and it is incredibly fast which needs to be experienced. The pleasure of driving and noiseless traction will make it really useful to our young women customers because it has an auto transmission feel and easy to drive/park,” says Kulkarni.