Digitisation is revolutionising production and ushering in a new era: Industry 4.0. With the help of intelligent machines that communicate with each other and collaborate with us, we’ll become more efficient than ever. 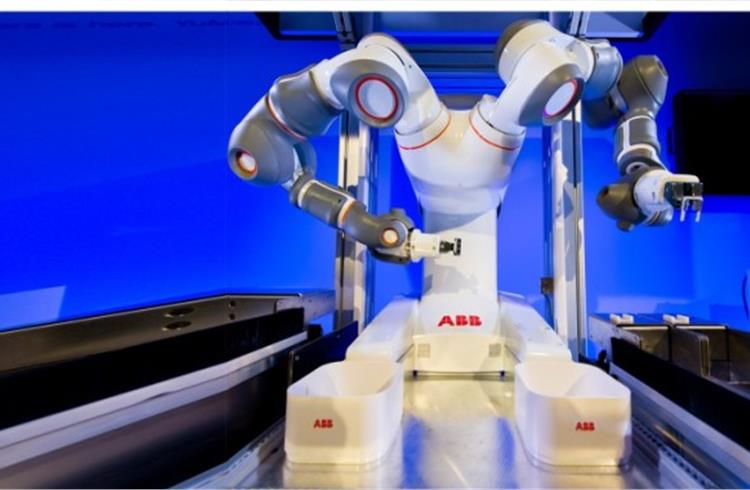 YuMi is the name; versatility is the game. As a tireless worker and flexible, high-precision assembly assistant, YuMi is the forerunner of a new age of industrial production. When launching the new product in last year, Swiss technology company ABB celebrated the smart machine as ‘the world’s first truly collaborative robot’. YuMi is designed for a new era of automation – an era in which industrial robots are no longer just steel behemoths sealed away in protective cages, used purely for spot-welding or component deburring.

This new generation of helpers is designed and built in such a way that they can work side by side with human colleagues. Both arms of ABB’s new robot are padded, and thanks to a sophisticated system of sensors it can also ‘see’ and ‘feel’, enabling it to avoid collisions with its human co-workers. It is also capable of performing complex assembly routines with the highest precision. It was originally developed so the company could respond swiftly and flexibly to the changing needs of the electronics industry and is perfectly capable of handling parts for cellphones and computers, for example. But now the manufacturer hopes that other industries will also find uses for the new machine. “YuMi will offer us endless opportunities to use it in new ways,” believes Pekka -Tiitinen, President of ABB’s Discrete Automation and Motion division.

Metamorphosis in motion
Collaborative robots are just one element of the radical restructuring that is already in full swing on shopfloors in factories around the world. In the space of a few years, the Internet revolution totally transformed the way we communicate, listen to music, watch movies and read the news. But that was just the precursor of a new global revolution – the digital transformation of manufacturing.

‘Industry 4.0’ is the buzzword used to describe the next industrial revolution. “We’re currently living through the most exciting, densely packed period in the history of business and technology,” explained Thorsten Dirks, president of German IT industry association Bitkom – in a recent newspaper interview.

The factories of the near future are evolving into “smart factories”, in which networked machines constantly talk to each other. Integrated measuring systems and sensors monitor assembly operations and the flow of materials. Cloud computing is used to host data in remote data centres and run software applications from centralized server farms. These developments are enabling manufacturers to respond to sudden changes in demand ever more rapidly – and even manufacture micro-batches of tailor-made products cost-efficiently.

ZF embraces Industry 4.0
ZF production sites engaged with the digital revolution some time ago. Take Saarbrücken, for example. In 2014, the plant launched a new milk-run system that delivers components for four clutch modules to the final assembly line. Scanners capture the flow of materials from the warehouse to the assembly workstations in real time.

The driver of the electric shuttle that regularly supplies the assembly line is kept updated by his mobile scanner’s display, which informs him of current material levels and any route changes required – to fetch more parts from the warehouse, for example. This has enabled the plant to significantly reduce inventory levels, as well as the number of deliveries.

Employees appreciate the benefits of the new system: they no longer have to make frantic, last-minute deliveries due to unexpected material shortages somewhere along the assembly line. “Having more detailed information is very useful,” explains Plant Manager Dr. -Hermann Becker. “And the user-friendly technology is suitable for all demographics,” he adds, reflecting ZF’s response to the plant’s changing age profile. Thanks to projects like the one in Saarbrücken, ZF is building up the experience required to introduce this new technology to other facilities. “We’re taking a step-by-step approach, starting with single projects and then rolling it out,” is how Dr. Nils Macke, Head of the Industry 4.0 Steering Committee, describes the strategy.

Q&A: Michael Hankel
As well as being Board member responsible for Production, Car Driveline Technology, Car Chassis Technology and Electronic Systems, Michael Hankel is also in charge of ZF’s Industry 4.0 strategy and its implementation across the company.

Is the company well prepared for the next industrial revolution?
We certainly don’t need to shy away from comparisons with our competitors. We recognized the importance of the whole ‘Industry 4.0’ trend at an early stage. In any case, we’ve been optimizing our production operations for years, through systematic digitisation and by introducing new technologies that continuously improve our manufacturing efficiency. After all, that’s what our customers want us to do! Auto manufacturers expect us to provide as much high-quality information about our production status as possible, as fast as possible, based on real-time capture of all relevant data. And we expect the same kind of transparency from our own suppliers.

How is ZF’s Industry 4.0 strategy being developed and implemented across the company?
We’re relying primarily on the strengths of our divisions rather than imposing top-down edicts. Our colleagues in the divisions and at ZF locations around the world have the clearest idea of which innovatory steps are most suitable for improving local productivity. Once individual initiatives have demonstrated that they do improve performance, we can apply them as best practices, so as models for investing in new technologies elsewhere.

Should employees be worried that this growing pressure to rationalise and implement Industry 4.0 concepts may result in more job losses in the future?
When we talk about digitising production, we’re really talking about enhancing efficiency in ever more intelligent factories with the help of new technologies and the automated exchange of data in real time. But this only happens if we increase our flexibility so we make better use of our existing resources. So it’s not about cutting down cycle times, it’s about reducing capital expenditure while steadily increasing output. Even collaborative robots couldn’t replace human beings – but they could help reduce error rates in production. What we’re really interested in doing is empowering everybody in the workforce – regardless of their age or stage – by expanding their skillsets so they’re capable of tackling these new challenges. To do this, we intend to further enhance our commitment to training and continuing education. 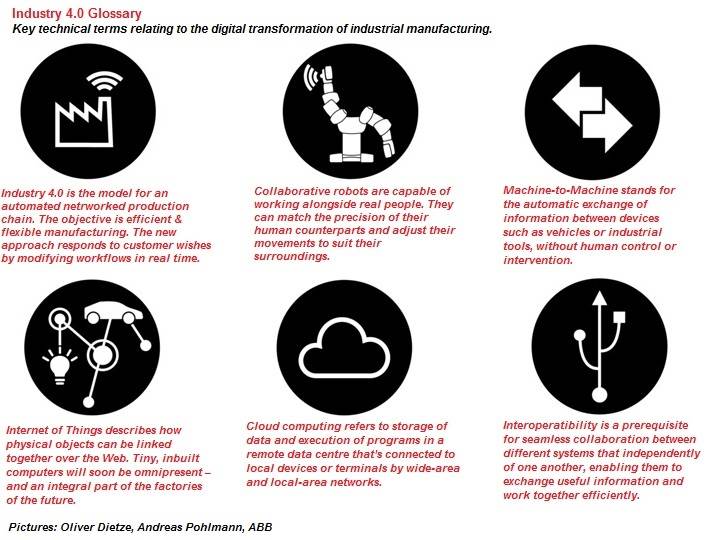 This feature is courtesy www.zf.com