Dr R Mukhopadhyay: 'Indian tyre makers are geared for world-class quality, the only drawback being that the current testing infrastructure is insufficient.' 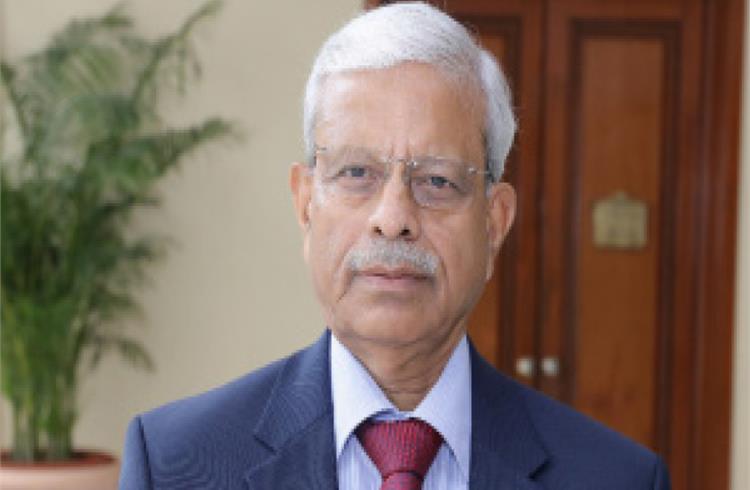 What are the emerging trends with respect to tyre sustainability and how is JK Tyre working towards it?
If we look at the composition of a tyre, around 50 percent of it is made of rubber, with carbon black making about 22-25 percent and remaining being comprised of chemicals, fabric and oils. So, the first target element is the polymer (rubber). In case of commercial tyres, there is use of 100 percent natural rubber, whereas for passenger car radials (PCRs), there is more reliance on synthetic rubber because of the higher speeds.
While we are attempting to increase the percentage of natural rubber in PCRs, the shift cannot be done overnight. We are also looking for bio sources of synthetic rubber, for instance, sugarcane and molasses, like how it used to be done in the 1970s. But priority has to be given to the country’s food requirements.
With respect to carbon black, we expect that going forward it would be partly or fully replaced by precipitated silica obtained from natural minerals. We are working with IISc Bangalore to derive silica from risk husk and starch, but again, the silica requirement is so high that it is not viable for the kind of volumes seen in regular production. Therefore, we are also exploring nanomaterials such as graphene and nano-clay for silica extraction.
Coming to the oils, despite there being a possibility to use edible oils such as rice-bran and sunflower oil and shift away from petroleum oils, cost as well as consumption are two major inhibitors. At JK Tyre alone, the consumption of oil in tyre manufacturing ranges up to 15,000 tonnes every year, which makes it unfeasible to be as a raw material for tyres. No tyre company can completely replace petroleum oil with edible oils until there is an alternate arrangement to meet people’s (food) needs. So, what we are doing is, we are trying to replace a part of oil composition in our tyres with soyabean oil.
Although a lot of research is being conducted with respect to alternate materials, economic industrialisation is a big challenge. I believe that with pressure to reduce greenhouse emissions, tyre compositions will see a gradual shift towards eco-friendly materials in the next decade.

Is retreading of tyres also an initiative towards sustainability enhancement?
Performing retreading process on a commercial vehicle tyre can give a new lease of life of another 150,000 kilometres to the tyre after the first retread, 75,000km after the second retread and 50,000km after the third retread, which significantly enhances the overall utilisation of the energy consumed from raw material extraction through to tyre manufacturing.
So, there is an optimal material and energy saving with retreading, and it’s part of sustainability as we are now talking about a circular economy rather than a linear economy. Retreading is being done by JK Tyre’s franchise partners and we supply them with the pre-cured exterior tread portion of the tyre along with a special adhesive. We are currently producing around 200 tonnes of retread layers and plan to further scale it to about 500 tonnes annually over the next two to three years. So, this is a huge business opportunity while being a sustainability drive as well. Most retreaded tyres are deployed for low-speed applications such as on intra-city fleets and buses.

JK Tyre has partnered NATRAX for upcoming tyre labelling norms. Could you shed some light on the collaboration?
The tyre labelling norms (AIS-142) are getting mandated in India this October for all new tyres, and will be expanded to include existing products by October 2022. While we do have all the latest testing equipment required for tyre labelling norms that include noise, rolling resistance and wet grip testing, we do not have a test track for conducting outdoor tests. So, we are in the process of hiring a hangar at NATRAX to house our equipment and people, to be able to use the test track when required for the dynamic testing.
Moreover, since HASETRI — JK Tyre’s independent research arm — is an NABL-accredited laboratory for outdoor tyre testing, it requires us to certify our equipment like the skid trailer with the NATRAX test track every year. So, we have a documented understanding to use the NATRAX test track as and when it is required by us.

Could you detail specifics of RPSCoE’s envisaged investment of Rs 110 crore to augment its infrastructure?
Since the demand for testing is increasing, especially with the upcoming regulations, we are increasing the number of machines, particularly those that are required for the testing and development of large tyre sizes. PCRs in the 17-20-inch size category for the SUV segment are emerging as a growing segment and we are augmenting our infrastructure to cater to the market needs.
We are sourcing machines from the US and Europe, for instance, the CT Plus, which is being sourced from MTS, and is quite expensive and costs about Rs 52 crore. The investment of Rs 110 crore to strengthen our infrastructure is outlined for the next one-and-a-half years, and we work on a three-year rolling plan. We assess the market trend and accordingly budget capex for new equipment.

Do you think there is adequate testing infrastructure in India to support additional load created by the new legislations?
The infrastructure facility in India at the moment is inadequate to support the number of tests required with the upcoming regulations. iCAT and ARAI alone will not be able to handle the upcoming load. Therefore, test and development centres like HASETRI are coming forward to offer their excess capacities for homologation purposes.
Moreover, the Indian Rubber Institute had anticipated this spurt in demand and starting setting up the Dr D Banerjee Center of Excellence in Mysore, with a test infrastructure for tyre certification. This upcoming institute will also act as a skill development and training centre for young professionals. So, India increasingly needs such types of testing centres as the demand for tyre testing is set to grow exponentially.
The Indian tyre manufacturers are geared up for world-class quality and are capable of producing at global standards, with the only drawback being that the current testing infrastructure is not sufficient. But I am hopeful that the deficiency will be fulfilled over the next two years.

With the government’s ban on tyre imports, do you think it offers a chance for India to become a self-reliant market?
The government is eyeing for the ‘Make-in-India’ push and trying to discourage cheap imports, wherein tyres from China sometimes cost less than the cost of the raw material itself, which is against ethical business practices.
Furthermore, Indian players too have expanded capacity over the years and domestic products are now accepted the world over. For instance, one of JK Tyre’s brands is a market leader in the US in the truck-and-bus radial segment. So, with the ban, the Indian tyre industry has received a two-pronged advantage — first, in the form of catering to the growing volumes of the domestic market, as well as the enlarged scope for exports.
While China continues to be a global giant when it comes to chemicals, we are increasingly seeing raw material suppliers setting up plants within India after carefully assessing the future demand that the country beholds.

This interview was first published in Autocar Professional's October 1, 2021 issue.