The Tier 1 components major had paused its capacity expansion, greenfield site and engineering investments in the wake of the Covid pandemic last year. 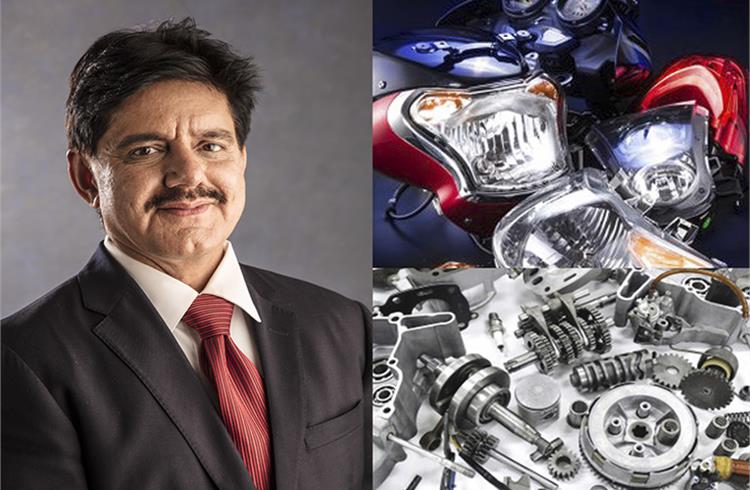 The onset of the Covid-19 pandemic last year had put India Auto Inc in a tight spot to preserve cash, introspect and deploy cost-optimisation measures to counter the uncertainty surrounding the business environment.

Overhead reductions in the form of pay cuts, which fortunately were being gradually restored as the wheels of the economy started to turn in the second half of 2020, as well as deferment of capex, were some of the strategic decisions that CEOs had to make in order to ensure business continuity and even survival in some cases.

For one such organisation, Lumax Industries, which is a part of the Lumax DK Jain Group, deferment of its Rs 250 crore FY2021 capex laid out for capacity expansion in Gujarat, commissioning a greenfield site in Bawal (Haryana) and putting money into augmenting its engineering capabilities in Europe, were imminent moves.

However, the company is now looking to get back on track and plunge that money as it is hopeful of a 25 percent year-on-year growth in FY2022, similar to what it had achieved in FY2018-19, a time of booming growth for the auto sector in India, before it spiralled into a severe slowdown.

Rs 100 crore in Haryana
The first of that investment is the Rs 100 crore to be infused into a greenfield site in Bawal, Haryana, to set up a new electronics manufacturing plant to produce printed circuit boards (PCBs) to feed into its main lighting business.

Lumax Industries is eyeing commissioning this “state-of-the-art” facility in Q2 FY2022. Speaking to Autocar Professional, Vineet Sahni, Group CEO, Lumax Industries, said, “We have already invested about 80 percent of the capex, only 20 percent is now left.”

“The plant will be ready by Q2, we have ordered new machinery and we will be moving into it from our existing rented unit in the same industrial location,” he added.

Alongside PCBs, the company will also localise HVAC panels with dedicated production lines at the same facility. Autocar Professional had earlier reported that the Tier 1 major is working with a global OEM in India (most likely Honda Cars India) to localise its heating, ventilation and air-conditioning (HVAC) panels for some of its car models at this location, and is also in advanced stages of talks with other OEMs for similar parts.

Lumax Industries is eyeing to tap the projected 100 percent growth in the HVAC domain, slated to move up from being currently pegged at a Rs 500-crore market, to Rs 1,100 crore by 2027.

Stanley Electric, Japan that holds a 37.5 percent stake in Lumax Industries, is going to be the guiding force behind the technology and manufacturing process for the aforementioned electronic components.

Rs 150 crore in Gujarat
Next in line, the company would be investing a significant portion of the Rs 150 crore earmarked for expansion of capacity at its existing facility in Gujarat, operational capex for FY2022, as well as setting up a design centre in Europe (see below subheading).

Lumax’s Gujarat facility is one of its key locations for the manufacturing of automotive lighting systems such as headlights and tail-lights for OEMs including Maruti Suzuki India, Tata Motors, Hero MotoCorp and Honda Motorcycle & Scooter India.

Set up in 2017, the plant had an initial capacity of producing 300,000 car sets annually and with the anticipated growth in the Indian automotive sector, the company is now looking to scale up to 500,000 car sets per annum by Q3 FY2022.

Lumax Industries says it is also aggressively moving towards localisation of key components of these modern-day lighting systems, for instance, the projectors of the LED headlamps, as well as the PCBs, which are being produced at Haryana.

“With good support of our customers, we are localising many things, for instance the projectors, in a step-by-step manner. It’s a continuous process,” Sahni said.

“Tastes of Indian customers are changing, and therefore, we needed to get a European mind into Lumax,” remarked Sahni.

“We are looking to incubate and upscale new technologies and get equipped with both Japanese and European design trends (in automotive lighting) to serve our customers,” he added.

The company says it works closely with OEMs right from their early design stages when they come up with new models of vehicles to recognise their styling intent, requirements of performance, size and shape, among other key parameters. It aims to involve itself strongly in design of components for OEMs by understanding their design inputs and offering them the best in technology.

The new centre which is going to be its fourth globally, is slated to turn operational by Q3 of FY2022, and will support design efforts while working in synergy with the two existing centres in India and one in Taiwan.

The company has also approved setting up another studio in the US, which was part of the FY2021 strategy, but has currently been put on hold. “We will be setting this up at the right time under the guidance of Todd Morgan,” concluded Sahni.