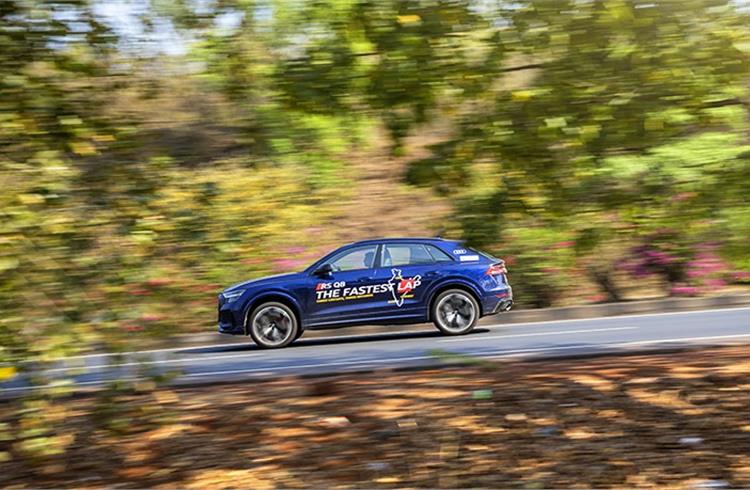 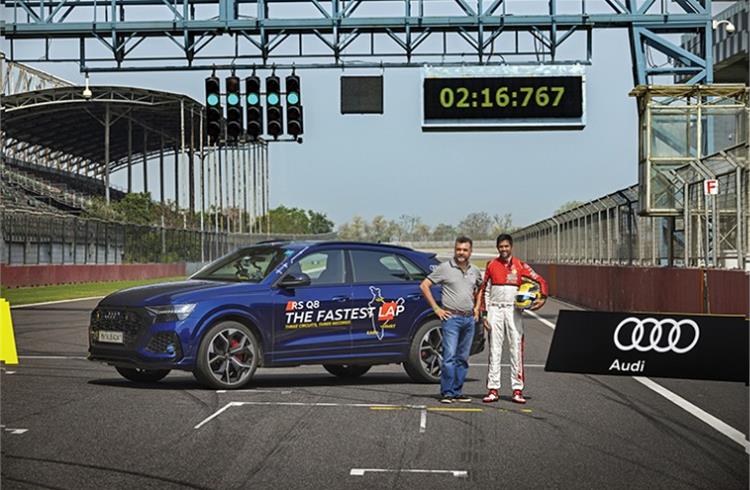 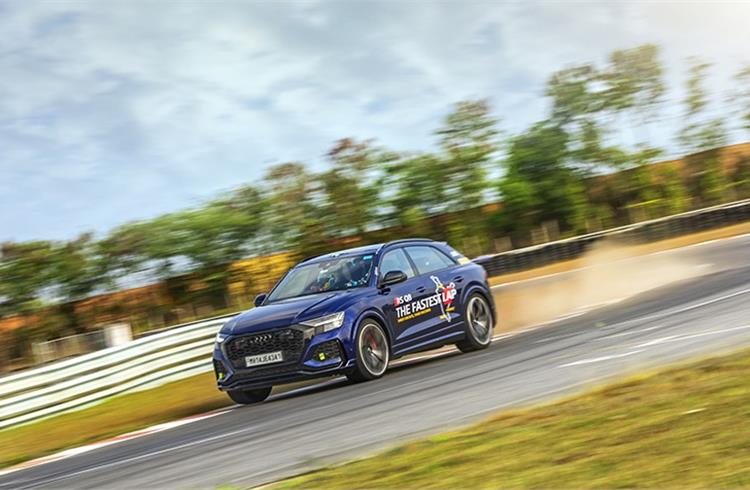 The Audi RSQ8 clocked a stupendous lap time of 1:52.91 at the Madras Motor Race Track 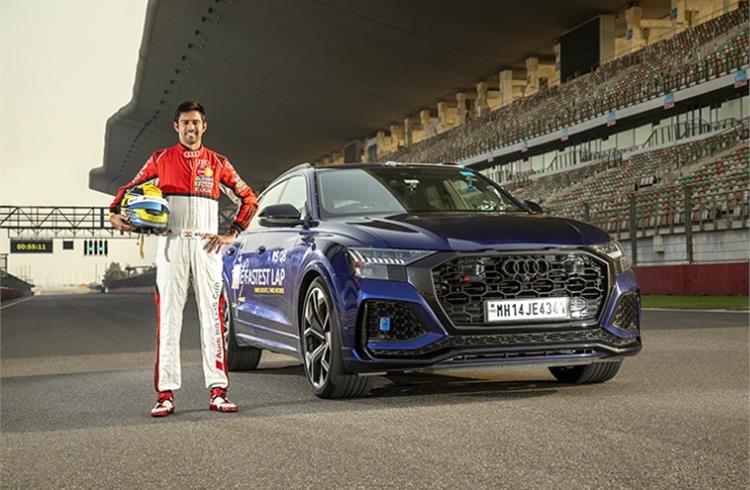 The Audi RS Q8, Audi’s most powerful SUV coupe, has just completed a record-breaking spree in India. In the span of a week, the Audi RS Q8 clocked the fastest lap time for an SUV at the Madras Motor Race Track (MMRT), Kari Motor Speedway, near Coimbatore; and the Buddh International Circuit (BIC), in Greater Noida.

The record run, named ‘The Fastest Lap’, was conducted by Autocar India, with racing driver Aditya Patel behind the wheel at all three circuits.

The Audi RS Q8’s stupendous lap times at the MMRT (1:52.911); Kari Motor Speedway (1:13.691) and BIC (2:16.767) were not just demonstrative of its performance capabilities, but also its handling prowess. After making short work of the technical, twisty, and relatively small circuits at Chennai and Coimbatore, the Audi RS Q8 conquered India’s first and only Formula One track at the BIC. The lap records at all three circuits were ratified by the Federation of Motor Sports Clubs of India and The India Book of Records.

The Fastest Lap was not just about establishing new speed benchmarks and enhancing the reputation of the SUV that two years ago snatched the crown of the world’s fastest production SUV by clocking an incredible time of 7:42.253 around the legendary Nurburgring Nordschleife, in Germany. It also involved an over 3500-km journey from Chennai to Coimbatore and from there on, to Greater Noida.

If the lap times serve as proof of the Audi RS Q8’s dominating performance around a race track, the fact that the SUV was driven from circuit to circuit ably demonstrated its everyday functionality and versatility. In the process, it proved that a supercar-slaying — and record-setting — SUV can also be a luxurious cruiser.

“The Fastest Lap had one objective: to set SUV lap records at all three race tracks in India. We zeroed down on the Audi RS Q8 because of the way it blends power and dynamics to make it unbeatable on a race track. What also impressed us is the ease with which it gobbled huge distances across the country,” said Hormazd Sorabjee, editor, Autocar India.

“We are thrilled that the Audi RS Q8 has set the SUV lap records at all the three race tracks in India as well, establishing new benchmarks. The Audi RS Q8 has once again reaffirmed that our sportiest Q is a large SUV coupe with the genes of a true high-performance sports car on the road. With its road-run from Chennai to Noida in addition to the exploits on the track, it stands out as an all-in-one model that is at home in the rough as it is on the racetrack,” said Balbir Singh Dhillon, Head of Audi India.

The Audi RS Q8 was launched in August last year and is powered by a 4-litre TFSI Twin Turbo engine that develops 600hp and 800Nm, and can race to 100kph in a mere 3.8 seconds. The car uses a standard eight-speed Tiptronic gearbox that sends power to the permanent all-wheel drive quattro system.