Who said the auto industry is a man’s world?

Women are behind several innovations that have shaped the automotive industry. Lane markings, turn signals and rear view mirrors all have the hallmark of a female creative mind, most of them are standard equipment even though they were rarely patented by their creators. 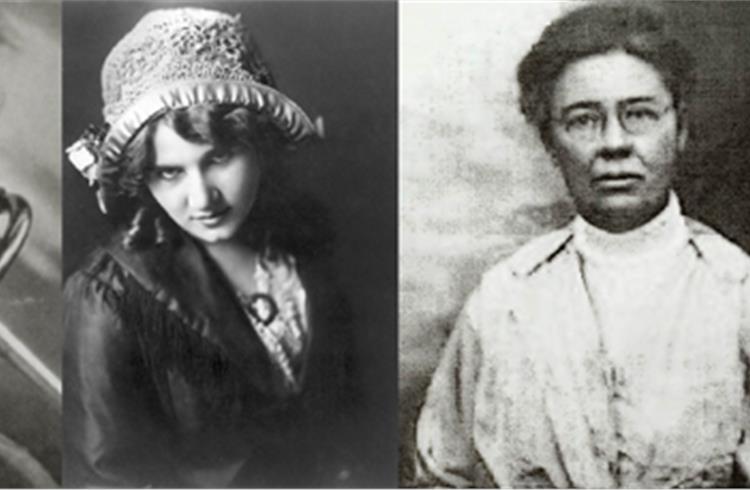 What do rear view mirrors, lane markings and turn signals have in common? Besides all being everyday items in our daily lives, these three inventions were the brainchild of women. These trailblazers shaped the automotive sector with their innovations and led the way for the following generations. The following are five women who revolutionised the world of driving with their talent and courage.

June McCarroll, drawing the line (1867-1954): If one inventor combines creativity with determination, that would be June McCarroll. One day in 1917 McCarroll, a doctor by profession, was driving to her office in California when a lorry forced her off the road. That was when she sensed that a dividing line in the middle of the pavement would have prevented the accident.

Her idea fell on deaf ears in the case of the local authorities, but this did not stop McCarroll. She went out and hand painted a line in one section of the road, and together with a women’s association promoted a campaign to extend this initiative. As a result, the California authorities implemented the idea in law and painted a dividing line on 5,600km of roads. Today, this system is mandatory practically everywhere in the world. 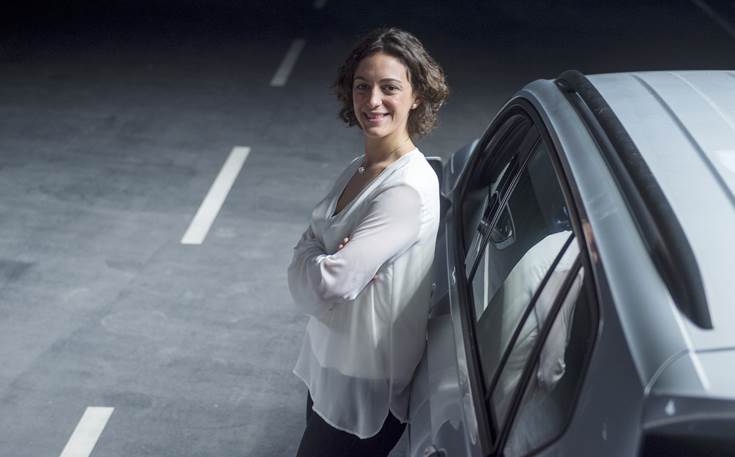 Lluisa Tomas: “We currently have systems than help drivers stay inside their lane, like lane assist, and warn them in the event of involuntary lane departures."

“We currently have systems than help drivers stay inside their lane, like lane assist, and warn them in the event of involuntary lane departures. It operates with a camera located behind the rear view mirror that detects lane markings and the vehicle’s position. If the car deviates from its path, the assistant sends a warning. This systems is set to activate once 65 km/h is reached,” says Lluisa Tomás, an engineer in the SEAT Chassis department.

Florence Lawrence, the first movie star (1886-1938): A tombstone in the Hollywood cemetery has an inscription that reads ‘The first movie star’. It belongs to Florence Lawrence, one of Hollywood’s most famous actresses at the turn of the century and the star of close to 300 films. But Lawrence had other passions beyond her film career, and the one that stood out above the rest was motoring. An avid car enthusiast, Lawrence collected all kinds of models. Not only did she drive them, but she also repaired and enhanced them. Her creative skills led her to design a moving paddle to indicate whether the car was going to turn, as well as a STOP sign that was visible at the rear when the driver stepped on the brake. Both of her inventions were the predecessors of the modern day turn signals and brake light. Although she never patented these systems, her contribution was decisive for the future of the industry. 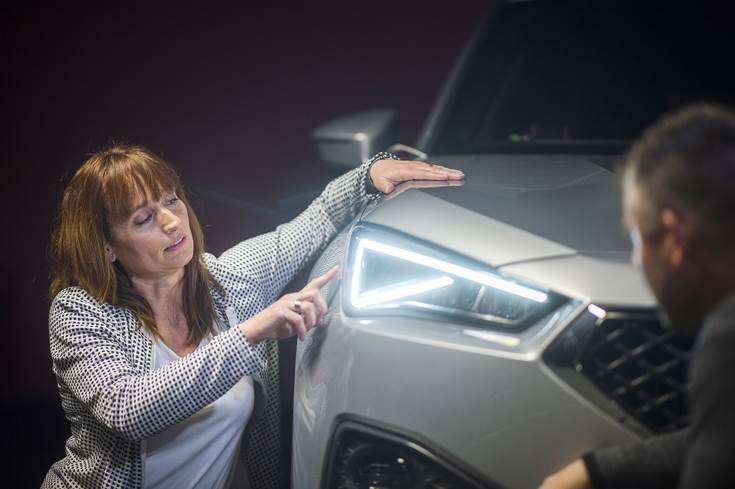 Maite Paris:  "In addition to being a fundamental part of a car’s design, the benefit of LED fixtures is that they last longer and consume less.”

“These signalling systems are an essential driving safety feature, as they prevent numerous accidents, especially rear end collisions. Today we have LED lighting and signalling systems with a much lower activation time, and in the case of the turn signals, they enable the introduction of dynamism to the area, making their function more visible. In addition to being a fundamental part of a car’s design, the benefit of LED fixtures is that they last longer and consume less,” explains Maite Paris, who is responsible for Front Illumination Development at SEAT.

Mary Anderson, a rainy day inventor (1866-1953): On a blustery winter day in 1902, Alabama rancher and wine grower Mary Anderson was visiting the Big Apple with her daughters. During a taxi ride in the heavy rain, Mary noticed that the driver had to stop repeatedly to remove the sleet and mud from the windows. That’s when she came up with the idea for windscreen wipers. Back home in Alabama, she worked with a designer to invent a device operated by hand from inside the vehicle. She patented her invention but never found a buyer for it. After the term had expired, windscreen wipers were installed as standard in most models. 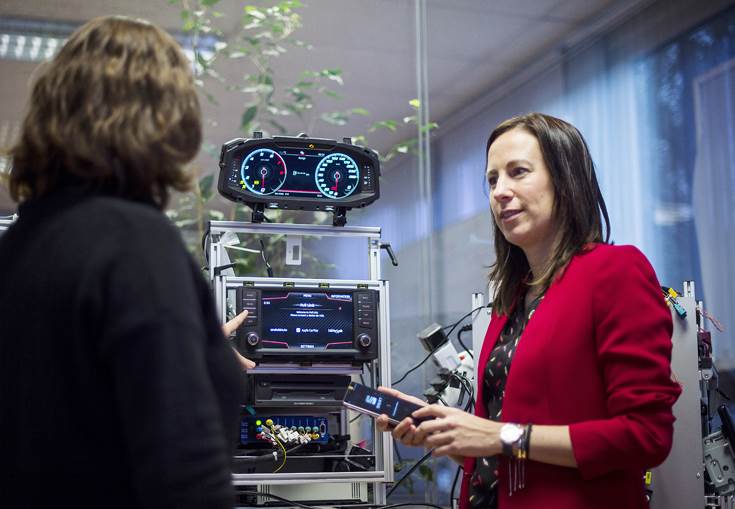 Leyre Olavarria: “The safety systems of a car in the event of adverse weather conditions have prevented a multitude of accidents, but now we can push the envelope even further."

“The safety systems of a car in the event of adverse weather conditions have prevented a multitude of accidents, but now we can push the envelope even further. Thanks to applications and new mobility services, connected vehicles enable us to plan routes, adapt them in real time according to factors such as the weather and recommend the best transportation option to reach our destination,” explains Leyre Olavarria, who is responsible for Infotainment and Connected Car at SEAT.

Dorothy Levitt, the Fastest Girl on Earth (1882-1922): Journalist, author, activist in the cause of women and…racing driver of anything mechanical able to reach high speeds, either on water or land. Briton Dorothy Levitt made history by setting several speed records, like the one she obtained in 1905 by racing her roadster at 146 km/h. Her driving skills led her to make a career in automobiles, and she reportedly taught Queen Alexandra how to drive. In her 1909 book “The woman and the car”, one of her tips for women drivers was to carry a hand mirror to hold up occasionally to see what was behind. With this, Levitt pioneered a key innovation for driving safety, the rear view mirror, which manufacturers adopted several years later as a standard element in every model. 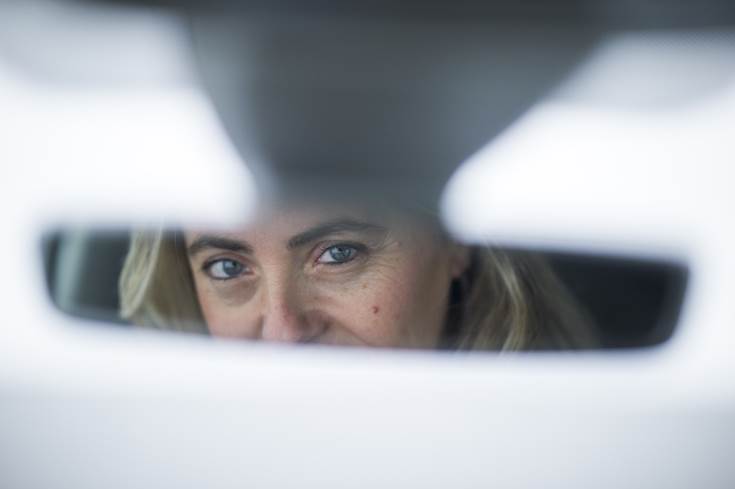 Teresa Salinas: "Dorothy Levitt’s rear view mirror idea, which she came up with to better see the traffic behind her, now features additional functions that include sensors that adapt to exterior light for enhanced vision, driver information and cameras."

“The present and the future lie in assistants that help drivers and give them a full view. For example, the rear-mounted camera for easy parking manoeuvres or the system that detects blind spots in the door mirror. Dorothy Levitt’s rear view mirror idea, which she came up with to better see the traffic behind her, now features additional functions that include sensors that adapt to exterior light for enhanced vision, driver information and cameras. And we are adding more functions with technological solutions that will soon be market ready on our new models. There’s no stopping innovation,”  points out Teresa Salinas, who is responsible for headliner systems and interior mirrors at SEAT.

… and at SEAT, the woman who saved the past
Her name is not referenced in newspapers or periodicals, but she was a key figure in preserving SEAT’s legacy. Long-time press pool head Elvira Beloso began putting aside, one by one, the models she thought were important to illustrate the history of the company: several first and last units, special editions, vehicles to chauffeur authorities or to commemorate events. Elvira set those units aside in secluded corners of the Zona Franca factory in Barcelona so that their value as a historic legacy would be recognised in the future. That day has arrived and SEAT now has a collection of 317 vintage cars, in great part made possible by Elvira and her determination to safeguard the past.